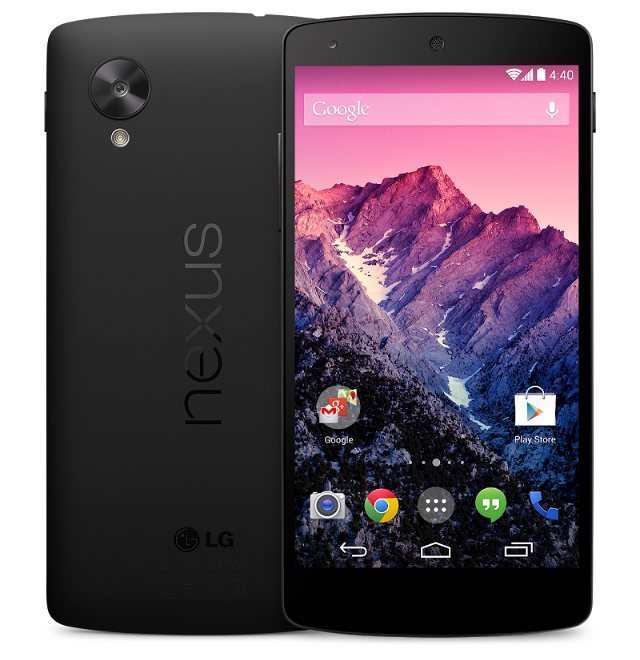 Google launched the new Nexus 5 smartphone with Android KitKat today in Google Play store. The Nexus 5 has a five-inch 1080p display and runs Android 4.4 KitKat on a Qualcomm Snapdragon 800 processor and 2GB of RAM. Google’s new flagship phone is based on the LG G2 and, unlike its predecessor the Nexus 4, the Nexus 5 supports LTE. It also has an 8-megapixel rear camera, a 1.3-megapixel front-facing camera, NFC support, and Bluetooth 4.0. According to the Google Play store, the Nexus 5’s 2,300 mAH battery is expected to provide about 17 hours of talk time, 8.5 hours of Wi-Fi internet use, and 7 hours of LTE use. The unlocked phone is priced at $349 for the 16GB model and $399 for the 32GB model with no contract. Both models are available to purchase in black and white color options from Google Play.