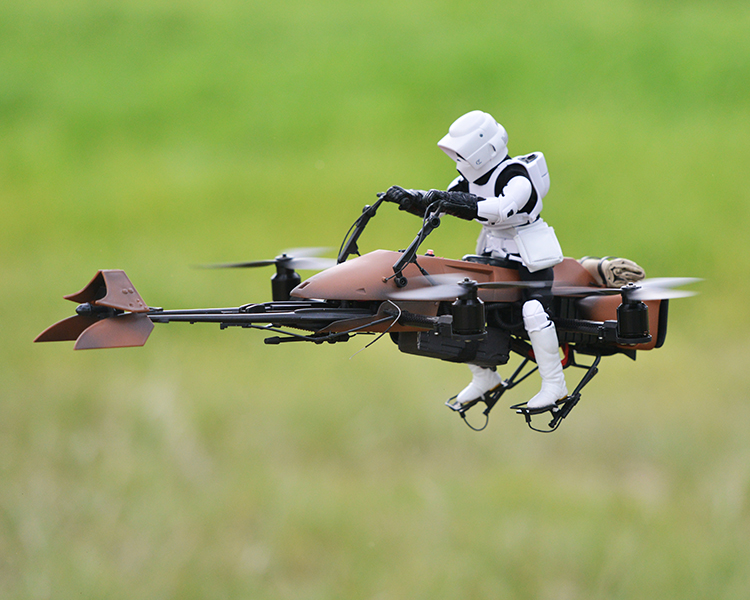 The body is from a 1:6 scale (or 12 inch) Hasbro Power Of The Force series Speeder Bike (if you do a deep nerd dive on wookieepedia its a “74-Z Speeder Bike” or “Imperial Speeder Bike”.) Hasbro did a ton of re-releases of toys from the 80’s (using mostly the same molds) when they released the special edition films in ’97. The particular one I have has a 1999 stamp on it. It was re-released several times with Scout Trooper, Luke, and Leia versions. The old Hasbro toys are cool in that they are generally pretty light/hollow (plastic=$), and easy to take appart.

The big challenge was to figure out how lift the whole thing, without making it look like just a big quad rotor tacked on. I did some layout in CAD, based off of an overhead picture of the model, and experimented with different rotor layouts that just barely cleared the rider and bike elements, kept the center of lift over the center of gravity, and was capable of lifting about 600grams. I ended up settling on a layout of four 7? rotors, driven by 880kv 28mm motors. (read more) 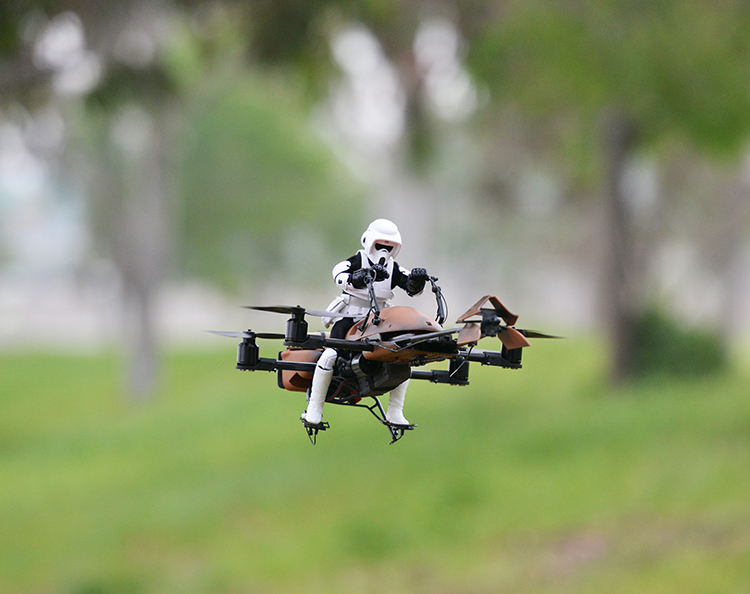 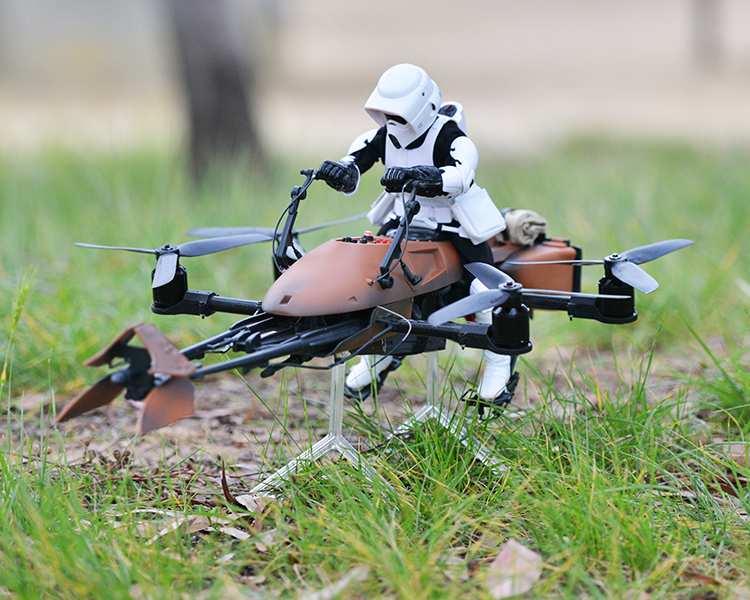 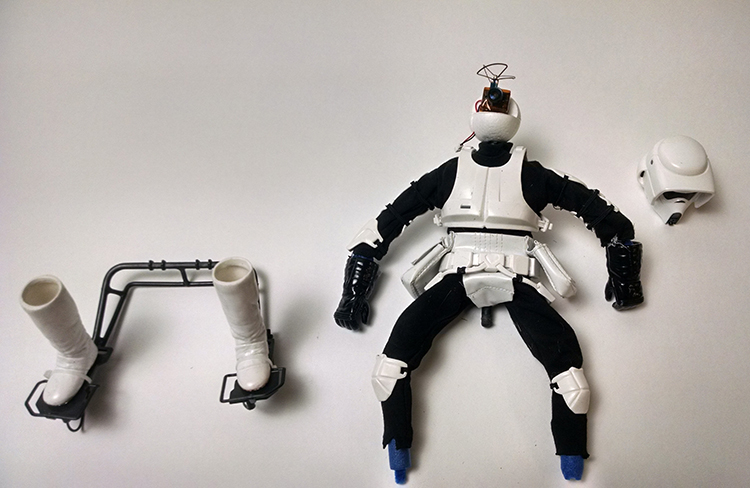 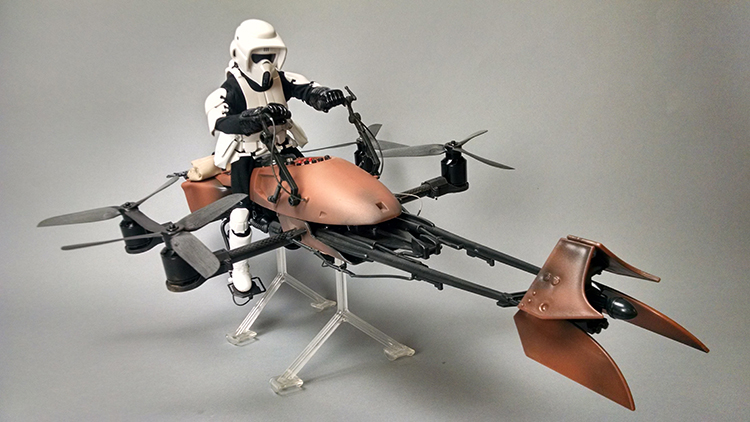 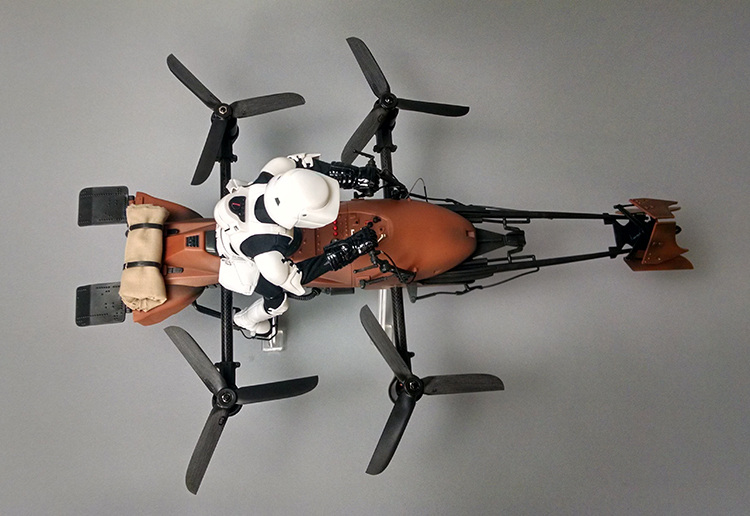