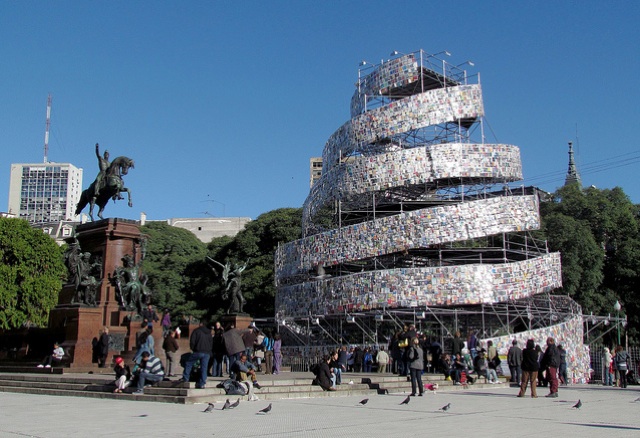 “Tower of Babel” by Argentinian artist Marta Minujin is a seven story tall sculptural structure covered in 30,000 books from all over the world. The tower resides in Plaza San Martin in Buenos Airies, and celebrates the city’s nomination as World Book Capital 2011 by UNESCO. On May 28, The Tower of Babel will be disassembled and the books will be given away to the public.