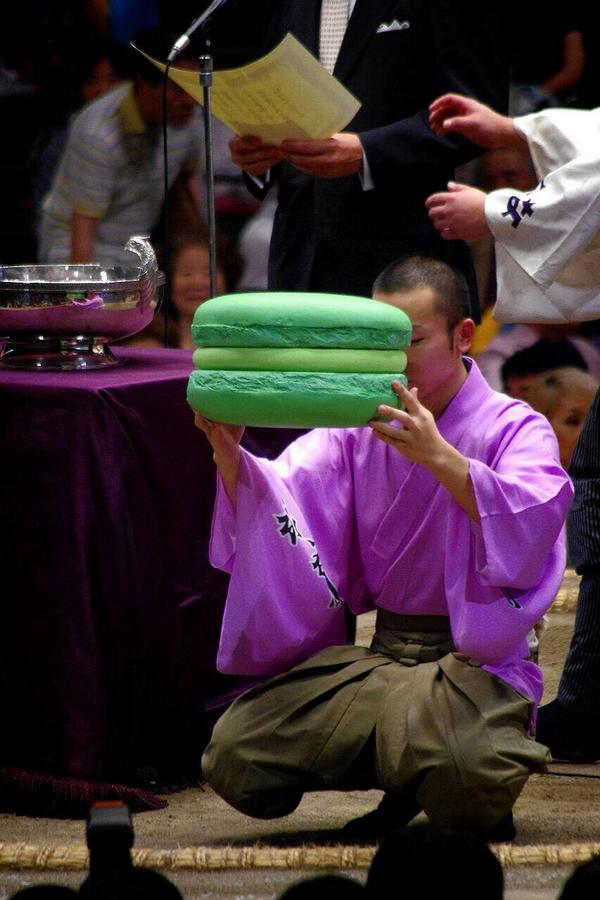 A giant green macaron was offered as the prize for second place in the recent Sumo Senshuraku tournament in Japan as part of the France-Japan Friendship Cup. The enormous dessert was prepared by acclaimed French pastry chef Pierre Hermé, and it is the second time a large macaron has been awarded as a prize in the sumo tournament.