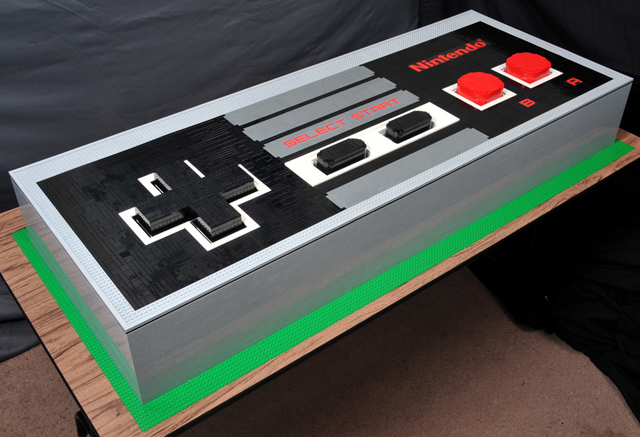 New York designer and custom LEGO builder Julius von Brunk (aka “Baron von Brunk“) has created an impressive fully-operational 5 foot replication of an original NES controller out of LEGO. In the video below, you can watch as Julius shows the LEGO NES controller in action and view his in-depth write up about the project on Instructables.

Built entirely from LEGO bricks, plates and tiles, and using the magic of Technic shock absorbers, I managed to create functional buttons which reciprocate when pressed. The large buttons make contact with momentary pushbuttons from Radio Shack, which are then wired and soldered to the circuitry of an actual NES controller taken apart. The controller uses a USB converter and ultimately plugs into my computer to play ROMs! Initially conceived in the late summer of 2012, this titanic brute has been gradually worked on since the past months and finally completed towards the end of 2012. 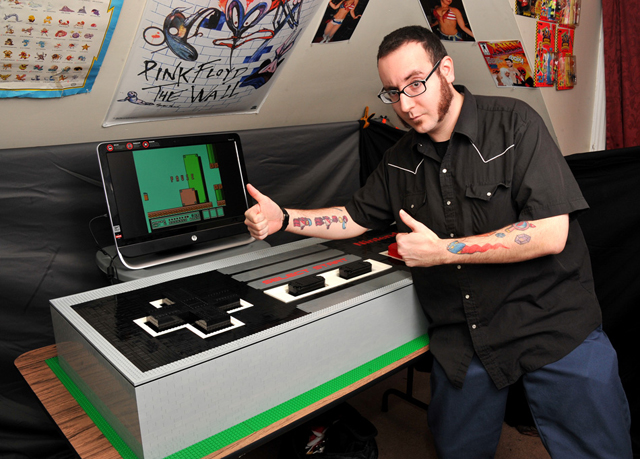 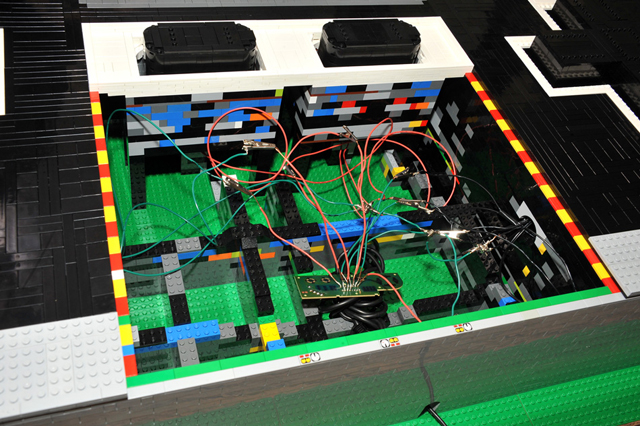 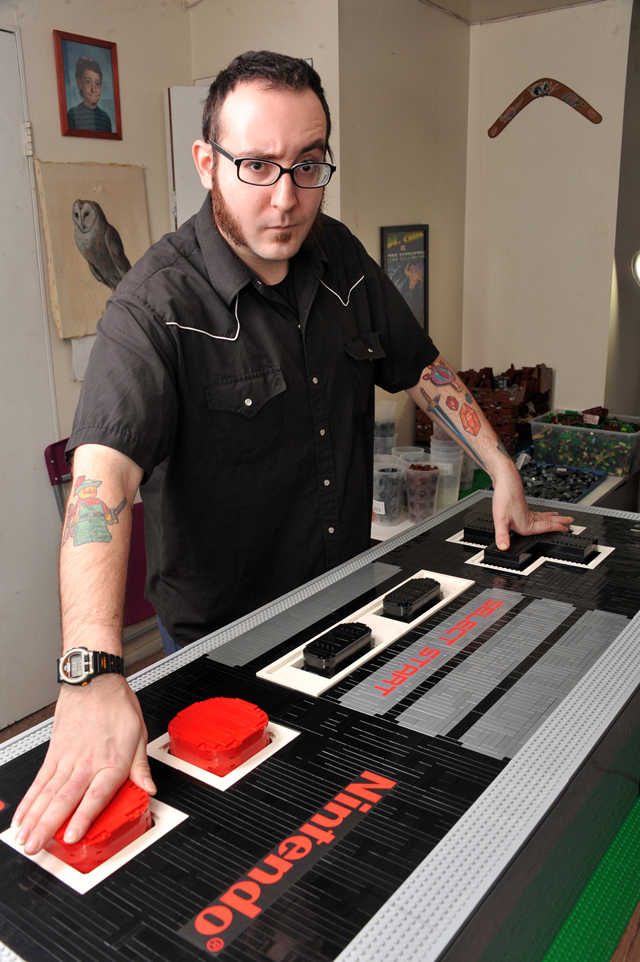