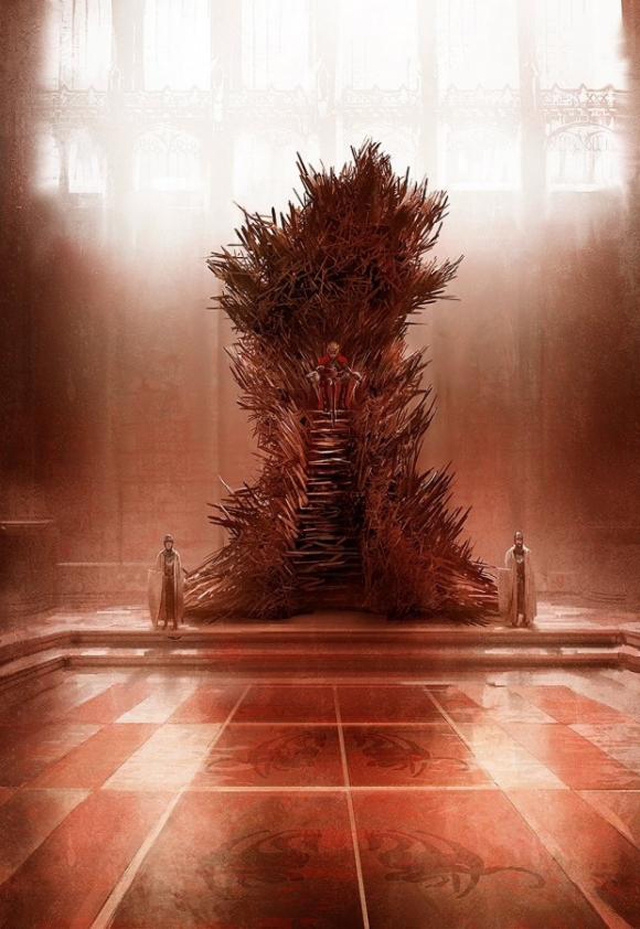 In a recent blog post, A Song of Ice and Fire author George R. R. Martin describes what the “real” Iron Throne — the one he imagines when he’s writing the books, not the one from HBO’s Game of Thrones — looks like. He points readers to this illustration by Marc Simonetti, which depicts the Iron Throne more as the author intended.

This Iron Throne is massive. Ugly. Assymetric. It’s a throne made by blacksmiths hammering together half-melted, broken, twisted swords, wrenched from the hands of dead men or yielded up by defeated foes… a symbol of conquest… it has the steps I describe, and the height. From on top, the king dominates the throne room. And there are thousands of swords in it, not just a few.

This Iron Throne is scary. And not at all a comfortable seat, just as Aegon intended.

In the blog post, Martin goes on to highlight the differences between the show’s Iron Throne and the novel version of his own creation:

The HBO throne has become iconic. And well it might. It’s a terrific design, and it has served the show very well. There are replicas and paperweights of it in three different sizes. Everyone knows it. I love it. I have all those replicas right here, sitting on my shelves.

And yet, and yet… it’s still not right. It’s not the Iron Throne I see when I’m working on THE WINDS OF WINTER. It’s not the Iron Throne I want my readers to see. The way the throne is described in the books… HUGE, hulking, black and twisted, with the steep iron stairs in front, the high seat from which the king looks DOWN on everyone in the court… my throne is a hunched beast looming over the throne room, ugly and assymetric…

The HBO throne is none of those things. It’s big, yes, but not nearly as big as the one described in the novels. And for good reason. We have a huge throne room set in Belfast, but not nearly huge enough to hold the Iron Throne as I painted it. For that we’d need something much bigger, more like the interior of St. Paul’s Cathedral or Westminster Abbey, and no set has that much room. The Book Version of the Iron Throne would not even fit through the doors of the Paint Hall. 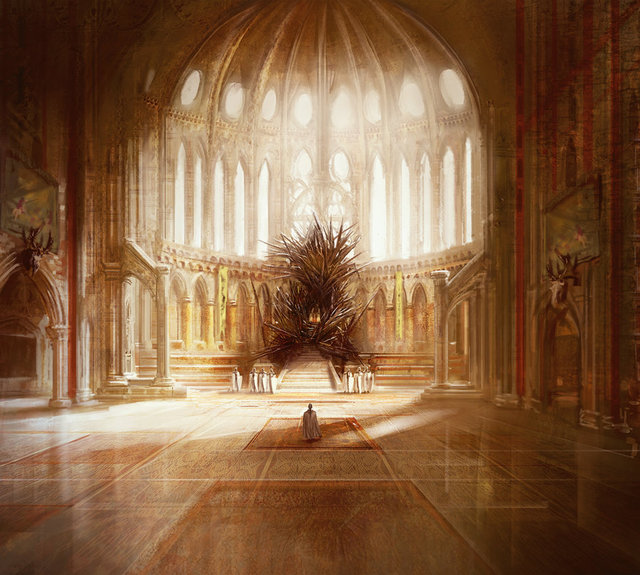