The History Channel released a clip from their new two-part comic book documentary series, Superheroes Decoded, that features George R. R. Martin reading a Marvel fan letter that he wrote in 1963 to Stan Lee and Jack Kirby. In the letter George praised Fantastic Four #17, calling it “greater than great”, and the letter itself was published three issues later in Fantastic Four #20, with a reply from the editors. 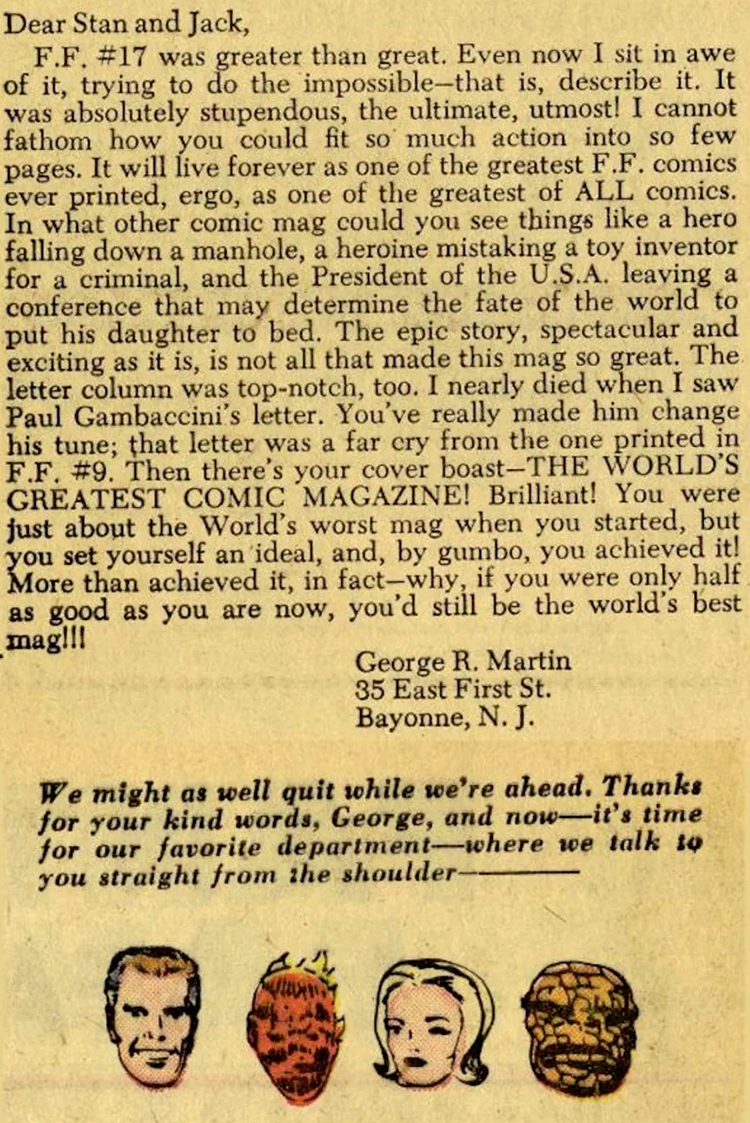 Episodes 1 and 2 from the series are available to stream on the History Channel website.