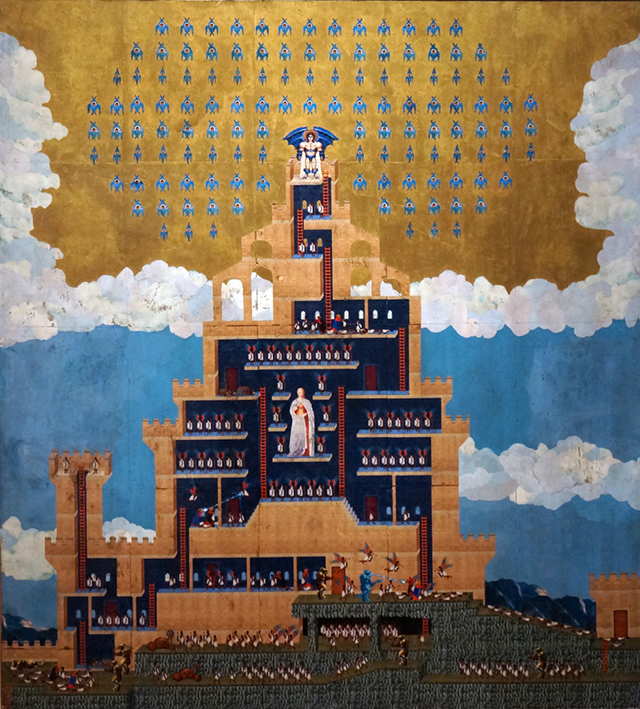 Artist Dan Hernandez has reimagined classic video game titles in the style of early renaissance painter Fra Angelico for his new solo art exhibit, Genesis 2014. His collection of artwork is currently being displayed at the Kim Foster Gallery in New York City until April 26th, 2014.

The exhibit’s title ”Genesis 2014” refers to the artist’s on-going visual dialogue of religion, mythology, and pop culture. Hernandez blurs boundaries, rearranges hierarchies, and calls into question our notions of iconography, collectibles, violence and devotion. The title not only references the biblical Book of Genesis, but also the video game console Sega Genesis that was a defining moment in pop culture, especially for those in the artist’s generation. 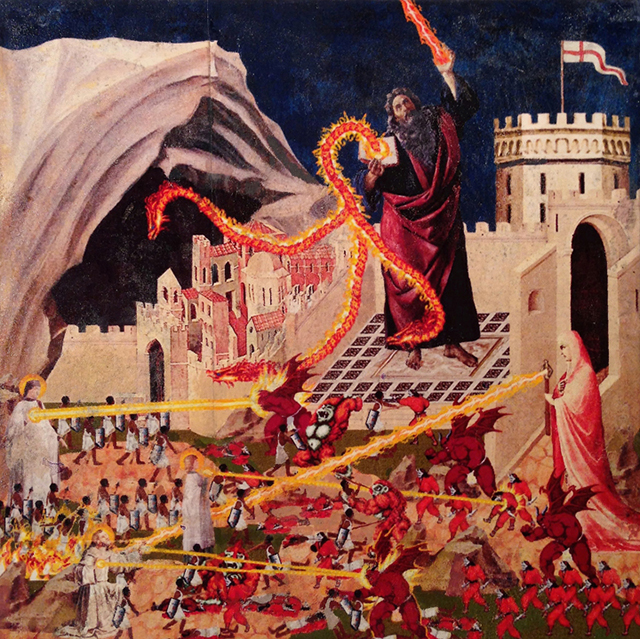 The Miracles of San Sagatarido 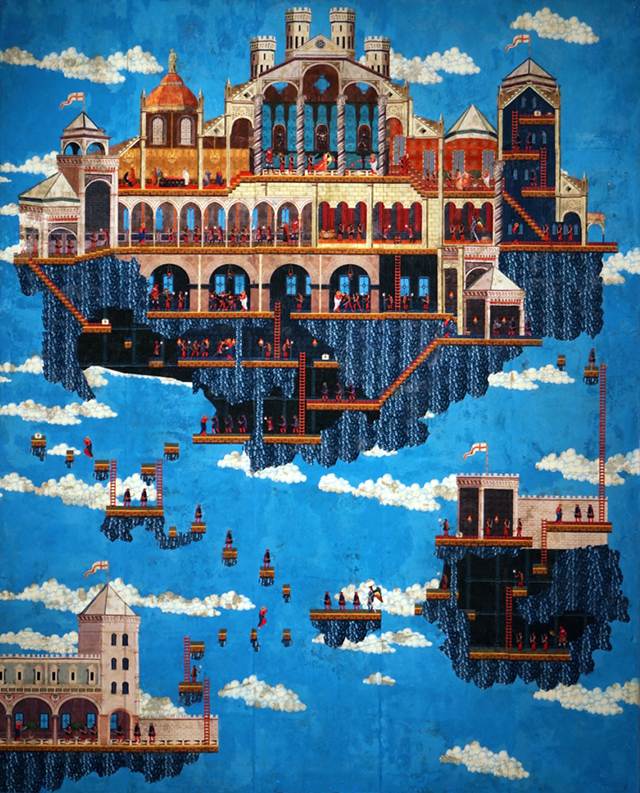 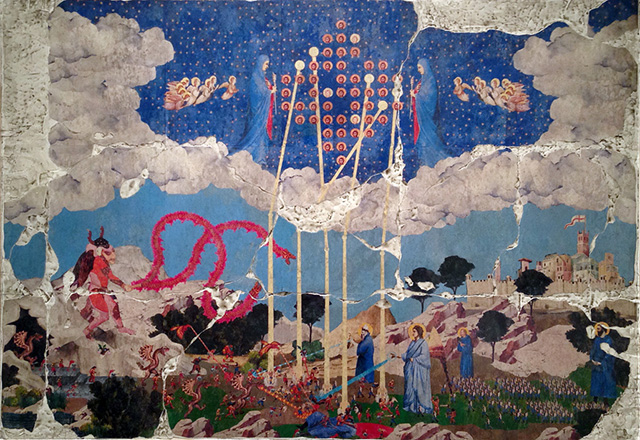