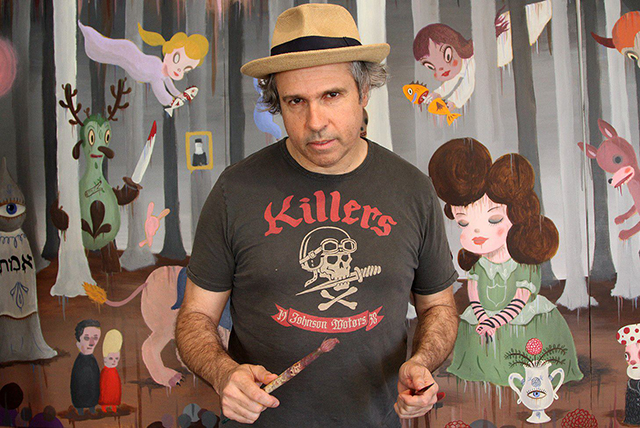 Los Angeles-based illustrator, cartoonist and toy designer Gary Baseman has an upcoming solo art show that will feature his life’s work at the Skirball Cultural Center in Los Angeles titled Gary Baseman: The Door is Always Open. The show’s opening night party will be on Thursday, April 25, 2013 at 7:30 PM to 11 PM and will feature the indie band Nightmare and the Cat and guest DJ Shepard Fairey. The artwork will be on display until Sunday, August 18th. You can obtain opening night tickets and event information on the official Skirball website.

Baseman’s creative universe comes alive with paintings, photographs, textiles, toys, sketchbooks, and videos presented in a setting that recalls his family home in Los Angeles’ Fairfax district, with furniture and memorabilia from his personal collection. The exhibition includes a vibrant array of Baseman’s illustrations for the New York Times, the Los Angeles Times, The New Yorker, and Rolling Stone, original paintings and sketches for the Emmy Award–winning animated Disney series Teacher’s Pet, and trailblazing artwork for the board game Cranium.

Gary Baseman: The Door Is Always Open celebrates Baseman’s dynamic vision and inspires visitors to discover the creativity within themselves.

Here is a 20-minute film by Eric Minh Swenson that explores the art process of Gary Baseman. 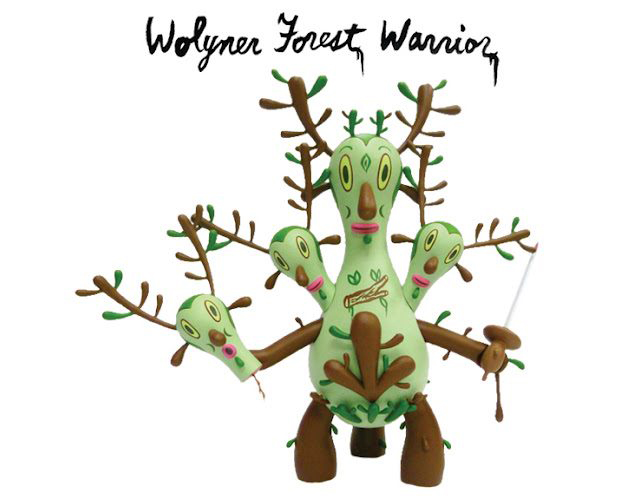 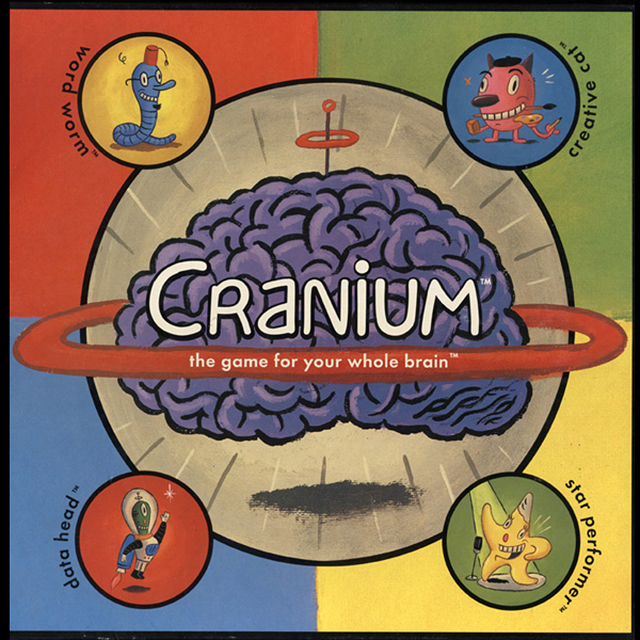 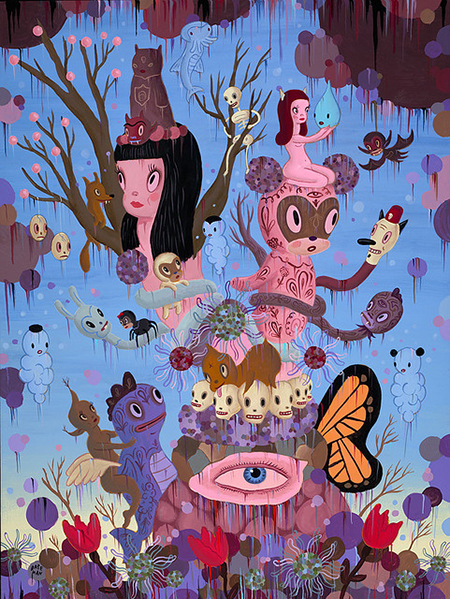 “The Explosion of Dream Reality” 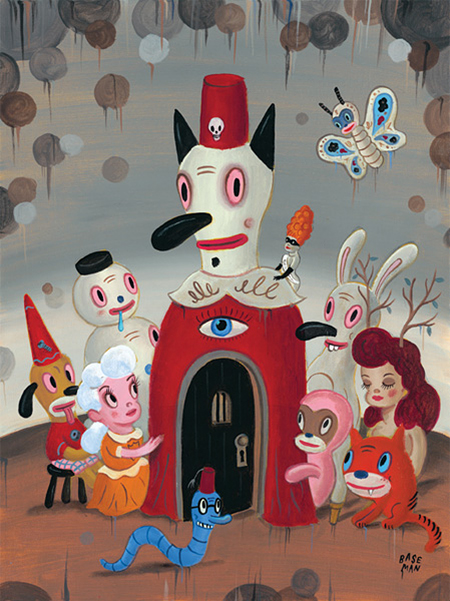 “The Door Is Always Open” 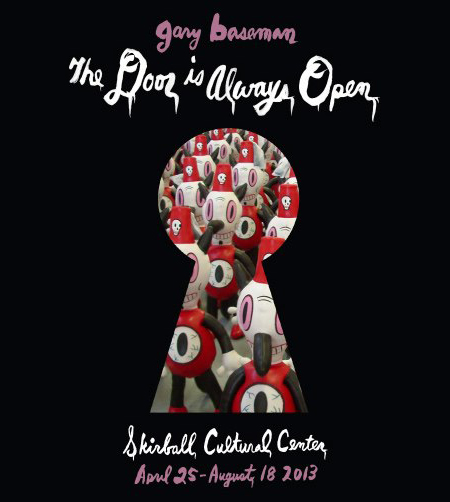