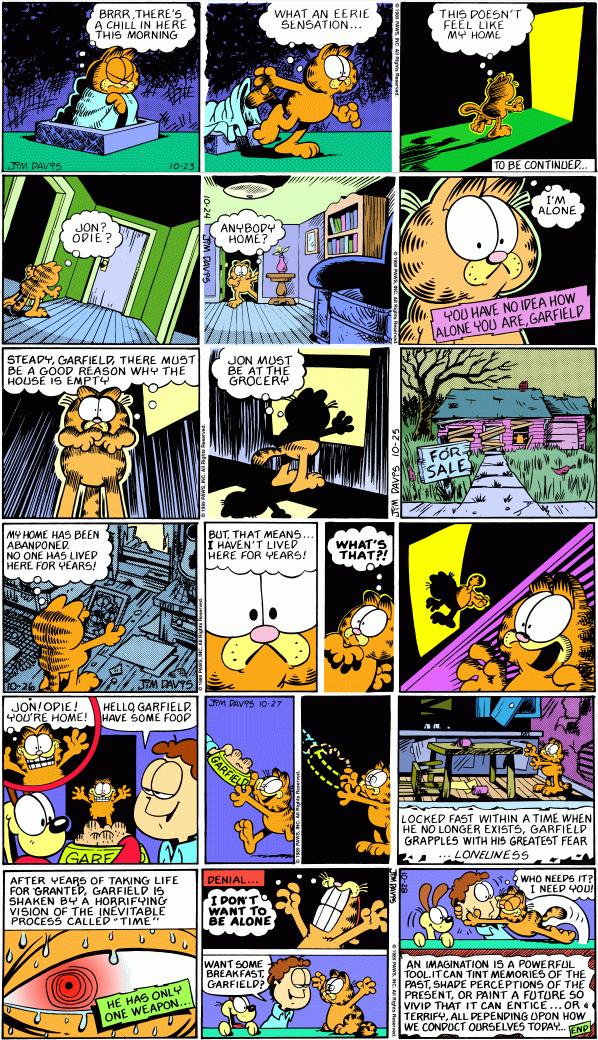 Garfield creator Jim Davis seems to question Garfield’s existence in this six strip story line that ran just before Halloween in 1989. According to Wikipedia, in Garfield’s Twentieth Anniversary Collection, Davis explained the story line with this caption: “During a writing session for Halloween, I got the idea for this decidedly different series of strips. I wanted to scare people. And what do people fear most? Why, being alone. We carried out the concept to its logical conclusion and got a lot of responses from readers. Reaction ranged from ‘Right on!’ to ‘This isn’t a trend, is it?'”

via Fact and a Photo