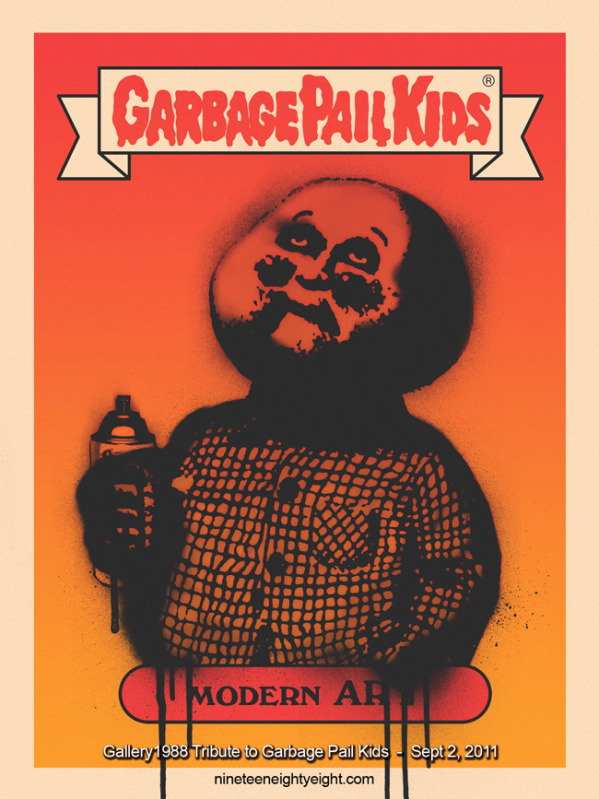 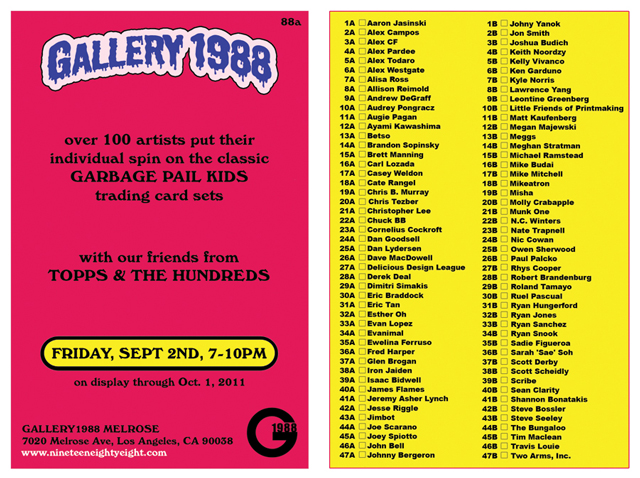 For the uninitiated, Garbage Pail Kids are a series of sick, twisted, and delightfully disgusting trading cards first created in 1985 that parodied the Cabbage Patch Kids, the dolls that were hugely popular at that time. 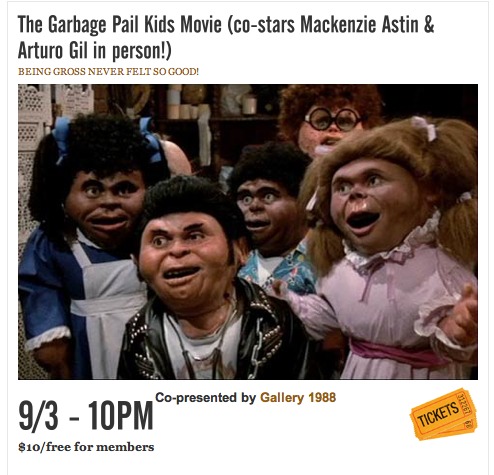