The Warp Zone has created the “Game of Thrones Medley,” a Game of Thrones music video parody that shows members from “the major houses of Westeros singing their hearts out.” Each house sings their own original lyrics to popular songs, such as: “Titanium” by David Guetta feat. Sia (House Targaryen), “Roar” by Katy Perry (House Lannister), “The Monster” by Eminem (House Stark), and “Demons” by Imagine Dragons (All Houses). 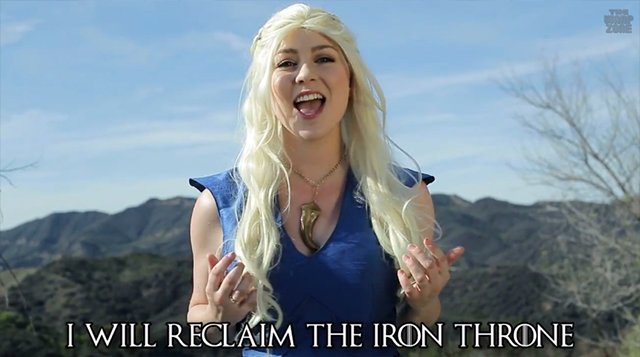