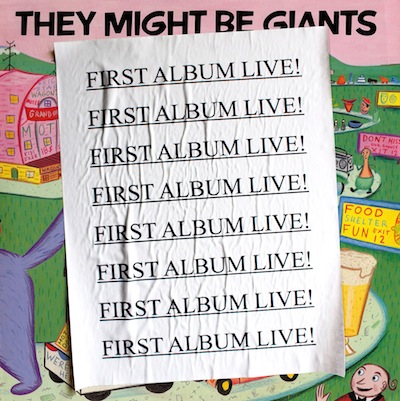 Brooklyn nerd rock legends They Might Be Giants are currently offering a live recording of their 1986 self-titled debut album as a free download. The recordings are pulled from a 2013 national tour in which the band played their first record in its entirety.

These performances were culled from shows on They Might Be Giants’ 2013 world tour.
John Flansburgh and John Linnell are joined by their stellar band — Dan Miller on the guitar, Danny Weinkauf on bass, and Marty Beller on the drums. There is also a guest appearance by the Avatars of They.