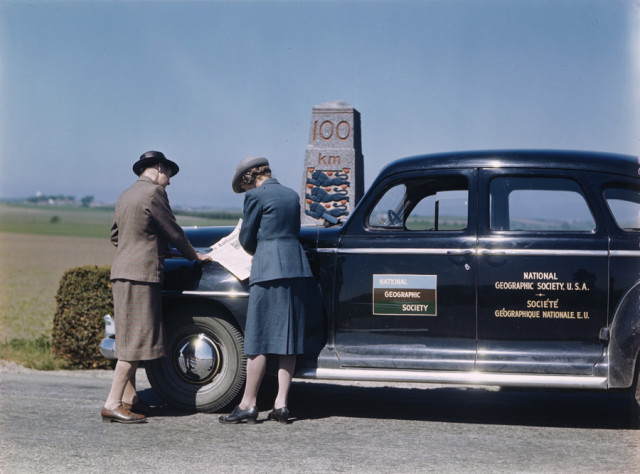 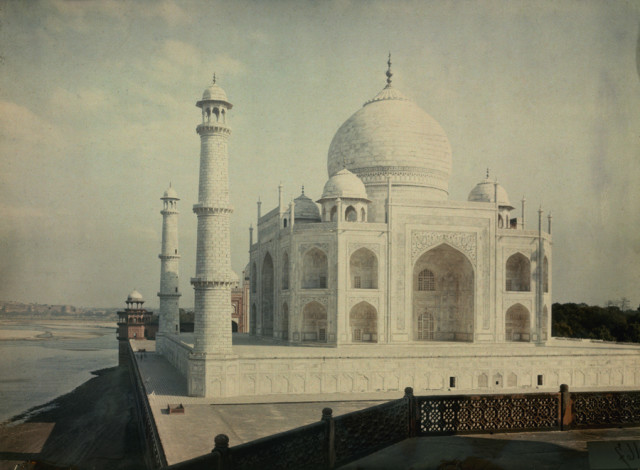 A view of the Taj Mahal on the Jumna River, 1923. Photo by Jules Gervais Courtellemont, National Geographic 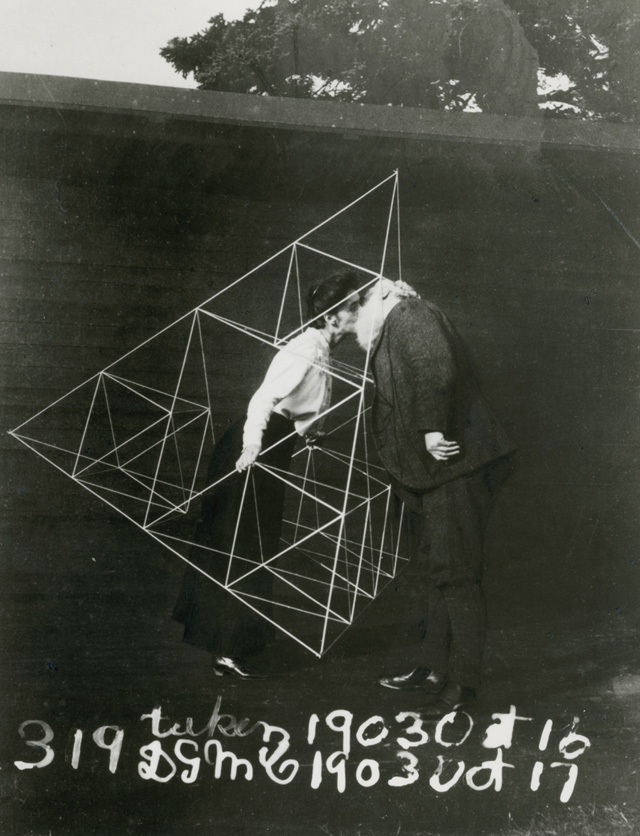 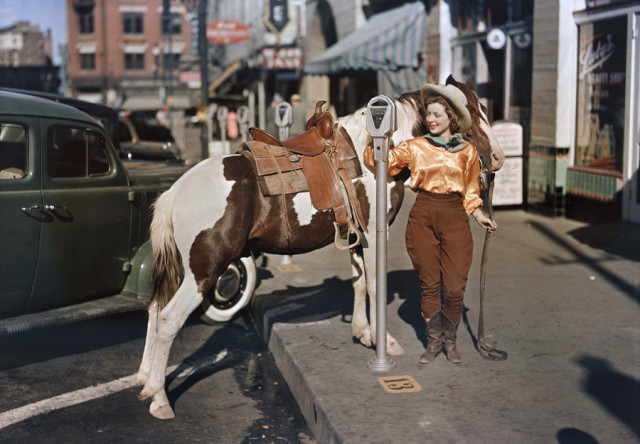 A cowgirl puts a nickel in an El Paso parking meter to hitch her pony, October 1939. Photo by Luis Marden, National Geographic 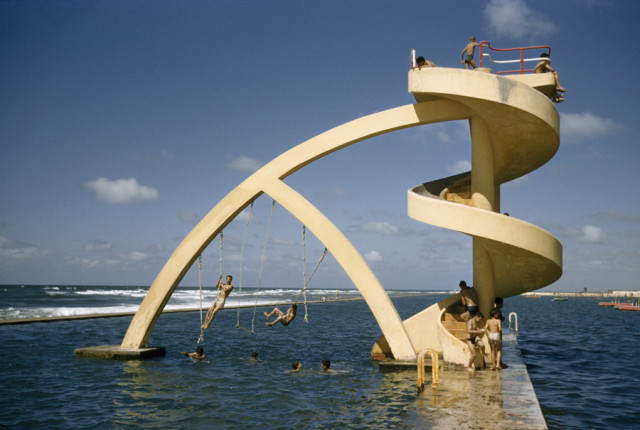 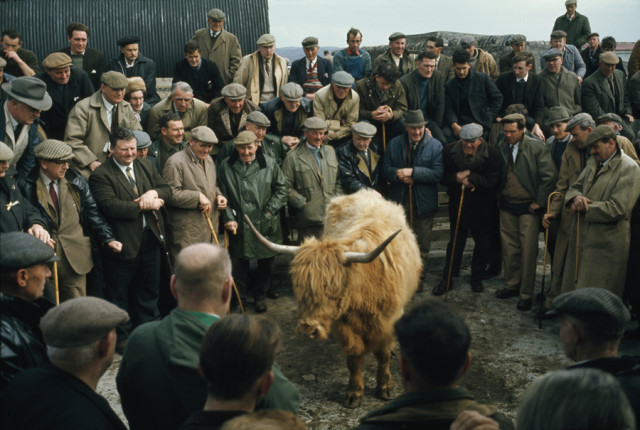 A Highland cow is bid on at an auction, May 1970. Photo by Kenneth Macleish, National Geographic