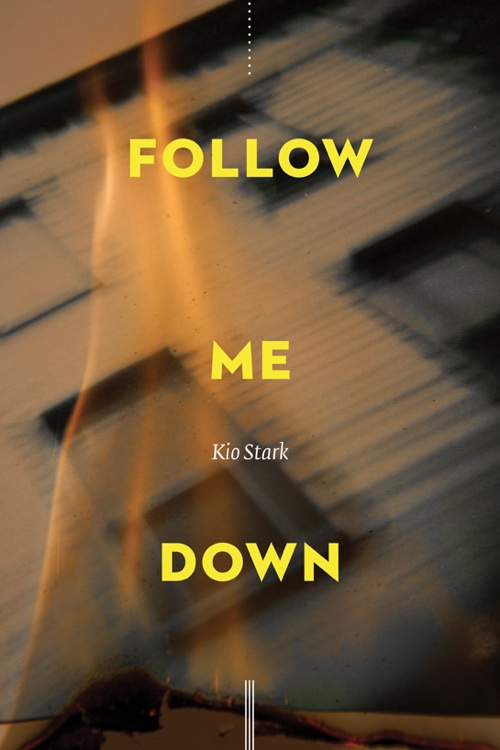 Follow Me Down is the debut novel by New York author Kio Stark, who teaches relational technology and human social dynamics at NYU’s Interactive Telecommunications Program (ITP). It was published by Red Lemonade, a Brooklyn-based indie press started by Richard Nash that runs on his new Cursor social platform for independent publishers.

It begins with an envelope. Twenty years old, maybe more, with the dust of the dead-letter office still clinging to the stained, fraying paper. It arrives in Lucy’s mailbox with the address of a vacant neighborhood lot barely legible on the front. Inside she finds only a photograph of a man she does not recognize, but whose face captivates her instantly. She hunts for him, feeling for blind answers in the boroughs of her soul and city. The details of her world—of a neighborhood decaying and maimed in daylight, yet pulsing with some hidden life in dark; the shaded, shifting menace of shadow on the night sidewalk—blur together through the fogged lens of her plastic camera, and the casual banter of summer afternoons evaporates into the hiss of something missing, something lost and formless that she must return.

The picture ultimately leads Lucy across the darkened city, from the canal slicing through her neighborhood over the rivers at the city limits, its mystery resolving into vivid, caustic focus in the book’s concluding scenes. Follow Me Down owns moments both wondrous in their sympathy and wild in their desolation, as Stark culls from the crumbling city setting characters mercurial and impassable, joyous and redemptive.