Flight of the Butterflies in 3D is a documentary about the Monarch butterfly and Fred Urquhart, the zoologist who led a 38 year effort to track the epic migration of the butterflies across North America (trailer). Directed by Mike Slee, the film was shot in IMAX 3D and combines stunning documentary footage of the butterflies with recreated scenes of Urquhart’s life and research work. The film is playing now, mainly in museums and science centers.

The monarch butterfly is a true marvel of nature. Weighing less than a penny, it makes one of the longest migrations on Earth across a continent to a place it has never known. Follow the monarchs’ perilous journey and join hundreds of millions of real butterflies in the remote mountain peaks of Mexico, with breathtaking cinematography from an award winning team including Oscar® winner Peter Parks. Be captivated by the true and compelling story of an intrepid scientist’s 40-year search to find the monarchs’ secret hideaway. 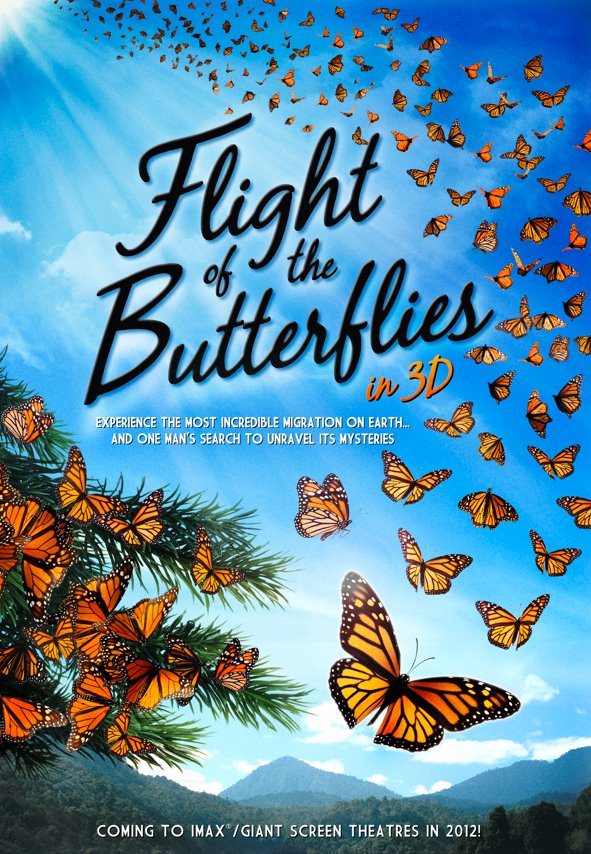 via NPR & The Awesomer

video and image via SK Films