In January Survival International released the first ever aerial footage of an uncontacted Amazonian tribe. The film (and a series of astonishing aerial photographs) are part of a human rights campaign by Survival and other NGOs to protect uncontacted tribes in Peru and Brazil who are increasingly threatened by encroachment from illegal loggers. Survival’s director Stephen Corry puts the situation in stark terms:

The illegal loggers will destroy this tribe. It’s vital that the Peruvian government stop them before time runs out. The people in these photos are self-evidently healthy and thriving. What they need from us is their territory protected, so that they can make their own choices about their future. 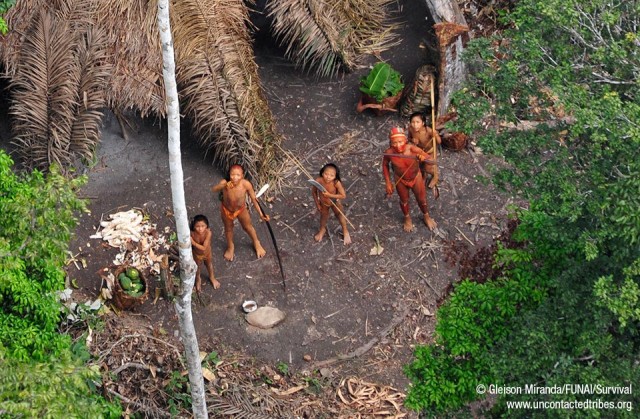 See Also:
– 300 Acres – A Webroots Effort To Save The Amazon Rainforest