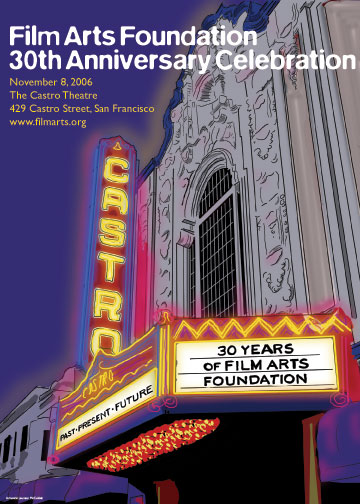 Film Arts Foundation is having their 30th Anniversary Celebration on November 8th at The Castro Theater in San Francisco. FAF is an amazing resource for film and video. I used their facilities and equipment when I was working on both my Alonso Smith and Santacon documentaries.

Founded by ten independent filmmakers in 1976, today Film Arts Foundation is comprised of more than 3,000 members in more than 30 countries with the majority residing in N. California. Our members are an active, talented and diverse group of independent filmmakers, video journalists, moving image artists, cinema enthusiasts, film industry professionals and supporters.