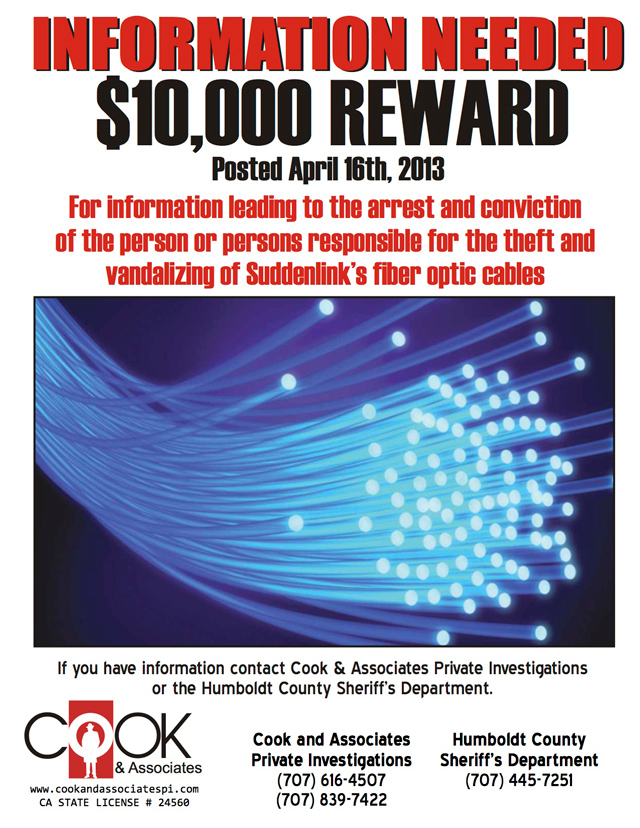 In the Northern California county of Humboldt, fiber optic cables that provide the community with phone, Internet, and cable TV have been cut five times since March. Local authorities have so far not been able to identify any suspects. The fiber optic cable operator, Suddenlink, is offering a $10,000 reward for information leading to the arrest and conviction of the vandals.

From the Humboldt County Sheriff’s Office:

On 3-13-13 at about 1100 p.m. the Sheriff’s Office was contacted by Suddenlink and advised of vandalism to their Fiber Optic Cable. This is the fourth vandalism to Suddenlink’s Fiber Optic Service since March 8, 2013. The most recent vandalism is believed to have occurred in the 3400 block of Old Arcata Road however Suddenlink is still attempting to identify the exact location. The Sheriff’s Office responded to the area last night and did not locate any suspects or find obvious signs of where the cable was damaged.

Sheriff’s Investigators are currently on scene investigating this crime and Suddenlink personnel are working to repair the Fiber Optic Cable. Suddenlink previously estimated the repair costs to be approximately $10,000, per site. The vandalisms have occurred in the areas of Ferndale, Trinidad and now Bayside.

Suddenlink is offering a $5,000 cash reward for the arrest and conviction of the suspect(s) that are responsible for these crimes. 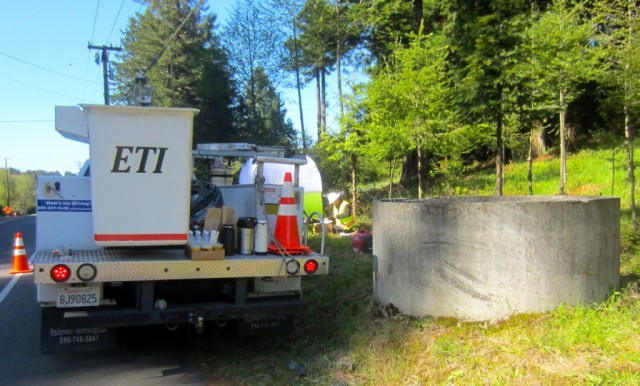