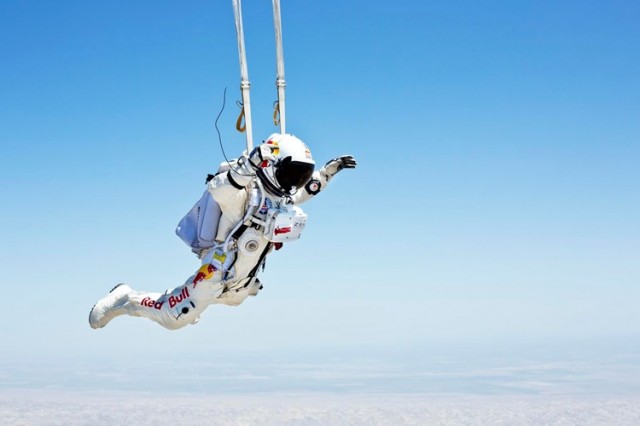 Tomorrow, October 9, Austrian daredevil Felix Baumgartner is scheduled to attempt a free fall jump from an altitude of 120,000 feet (trailer). During five minutes of free fall, he is expected to exceed the speed of sound (if successful, both the height of his jump and the speed of his free fall will be new world records.) The event is scheduled to start at 6 AM in Roswell, New Mexico, when Baumgartner will begin his ascent in a capsule lifted by a giant balloon. After ascending for about three hours he will jump from the capsule and begin his free fall. At 5,000 feet he will open his parachute and float to earth over the next 10 to 15 minutes. The event will be broadcast live by event sponsor Red Bull. 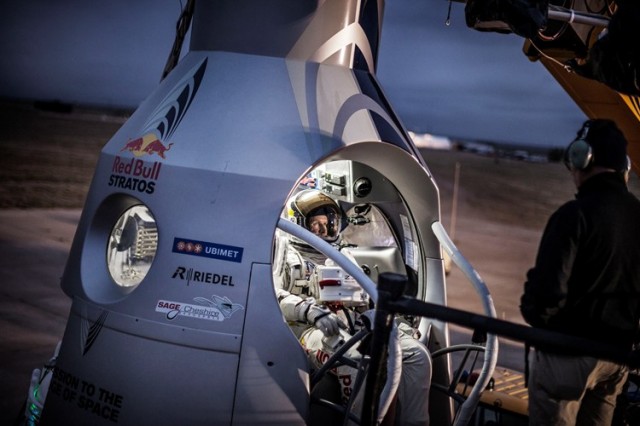 photos and video via Red Bull