Far Away is a new comic book, created by Doctor Popular, that tells the story of friendship between a “courageous young girl who is stuck on a distant planet with a military robot.” Doctor Popular is currently raising funds on Kickstarter to help with artist and printing costs.

This is my third comic on Kickstarter, and my first foray into the world of science fiction. Unlike The Order of The Snail and God Hates Dinosaurs, which were each created in 24 consecutive hours, Far Away is a project I’ve been working on over the past year. What started off as an 8 page mini-comic about a robot, blossomed into a 28 page story about friendship and sacrifice. It’s the longest I’ve ever worked on a comic, and I think it’s the best comic I’ve ever finished.

To make the comic even better, I’ve hired San Francisco-based artist, Mike Hales, to handle all the book’s colors. He did an amazing job on Order of the Snail, and I am excited to be working with him again. 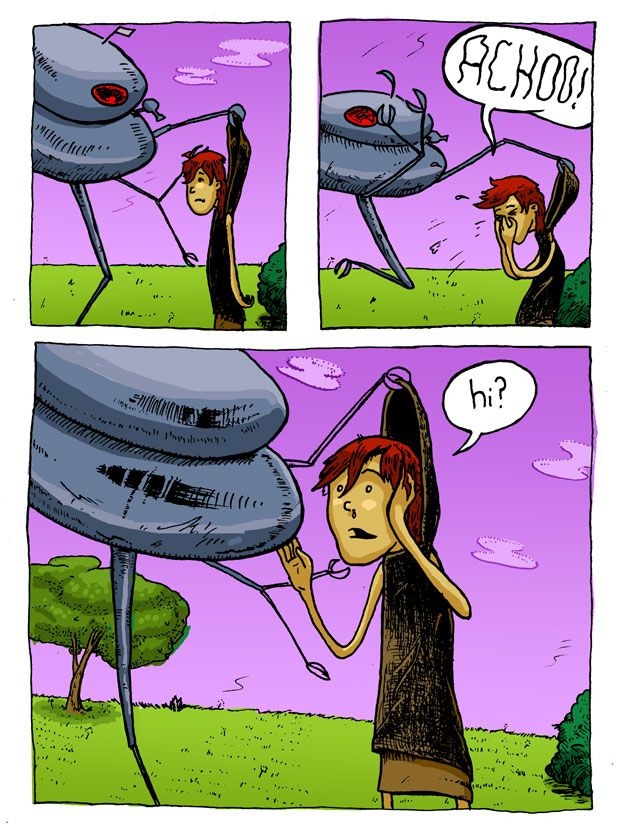 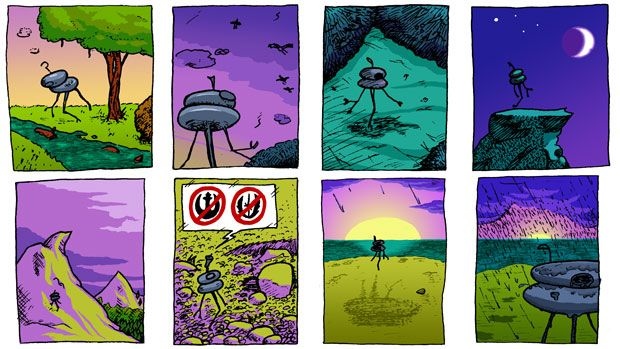