God Hates Dinosaurs is a new comic by Doctor Popular that tells an absurdist cautionary tale about dinosaurs and superheroes. The comic is inspired, both in content and design, by Chick tracts, the evangelical Christian tracts created by Jack T. Chick. Doctor Popular is raising funds on Kickstarter in order to print 1,000 copies of the tract, which he intends to hand out to strangers.

I wrote and illustrated God Hates Dinosaurs during a consecutive 24-hour comic jam in San Francisco. It tells the story of a young child named Tim who helps a blind atheist cross the street, only to find out the blind man is actually Satan in disguise. Luckily Tim is saved by a new superhero in town, The Humanist. The two then join forces to help spread a new wave of self reliance across the world, only to discover rules are there for a reason. It’s 24 pages of manic/frenzied/crazytime black and white art and delirious writing. 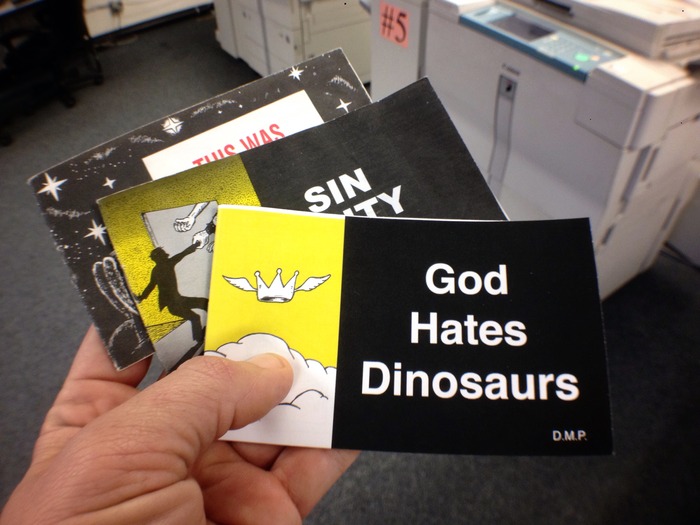 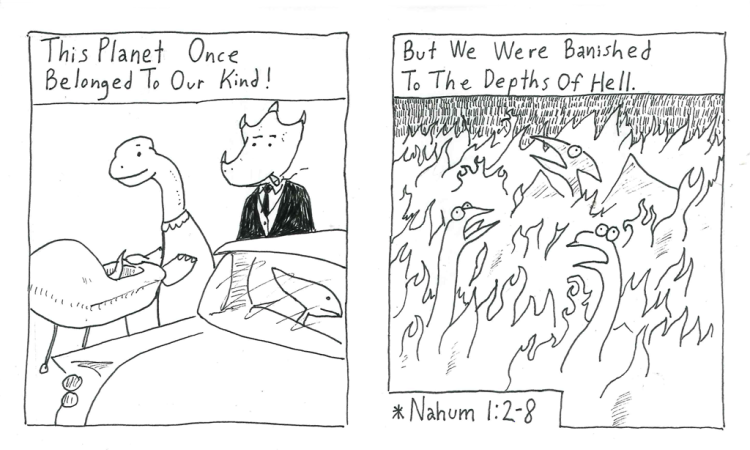 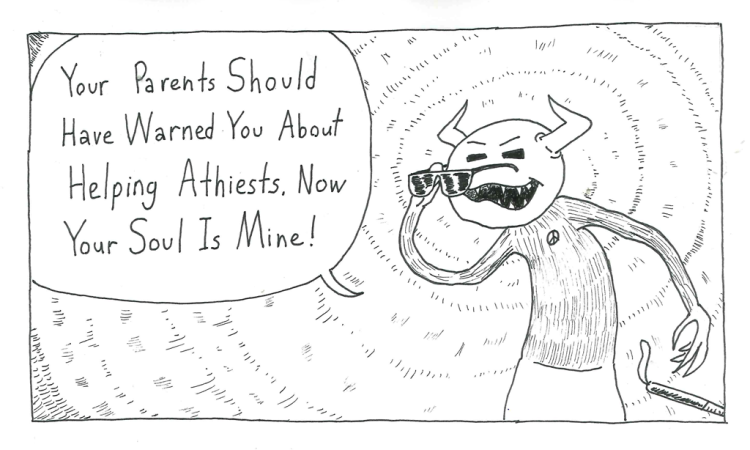