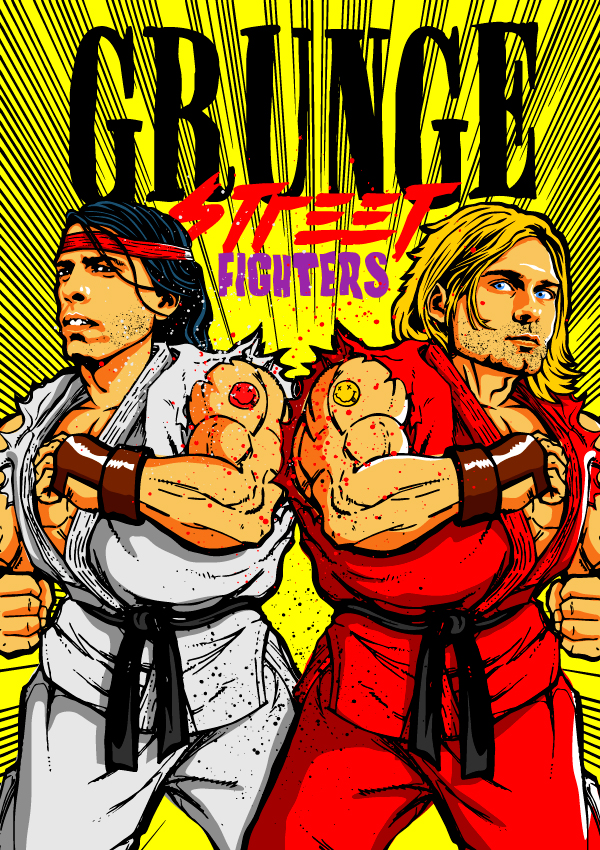 Grunge Street Fighters is an illustrated project by Brazilian artist Butcher Billy that reimagines famous grunge musicians as characters from the Street Fighter video games. Prints, apparel, iPhone cases and more are available to purchase online from his Society6 and Redbubble stores. Previously, we’ve written about Butcher Billy and his ongoing collection of illustrated mashups.

As a teenager in the early 90’s I was exposed to a lot of the aggression coming from the distorted guitars, growling vocals and angst-filled lyrics of the grunge movement, emerging to shake things up in the music scene from that time. 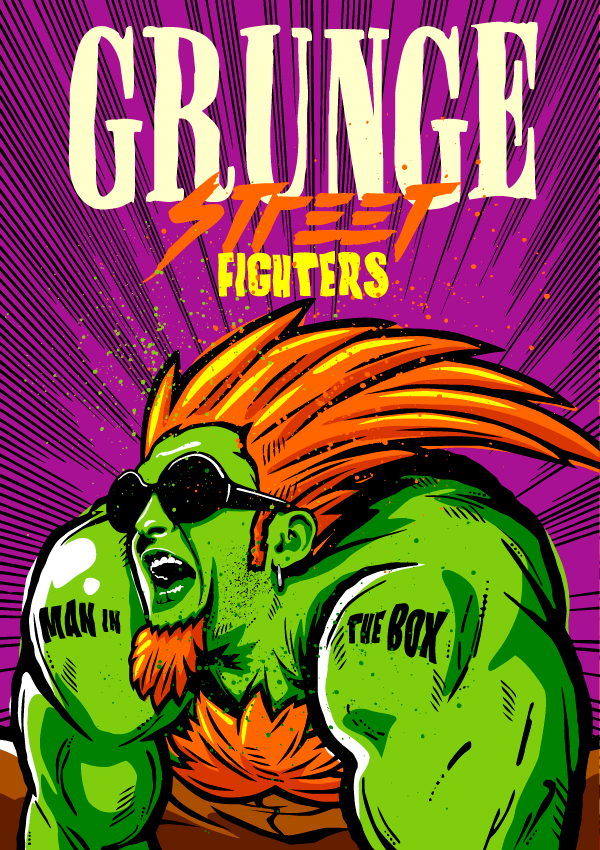 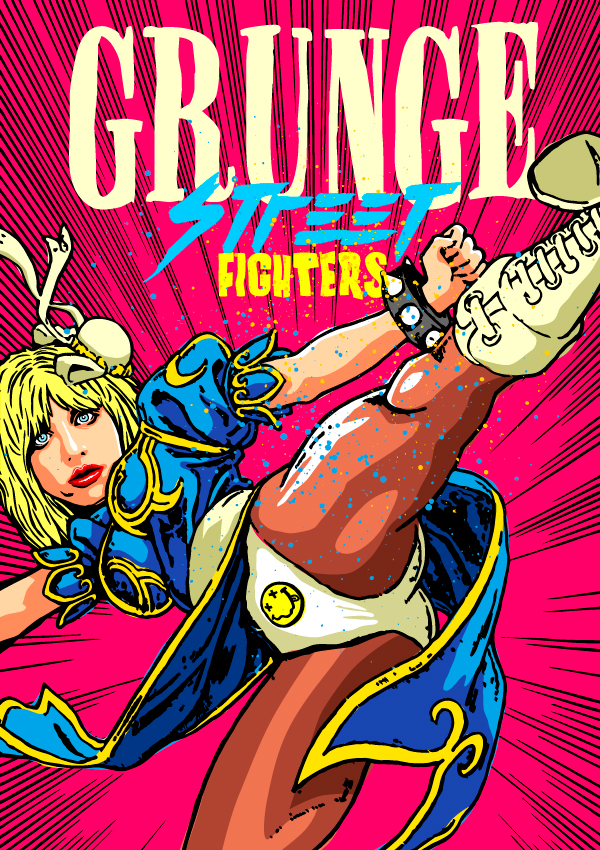 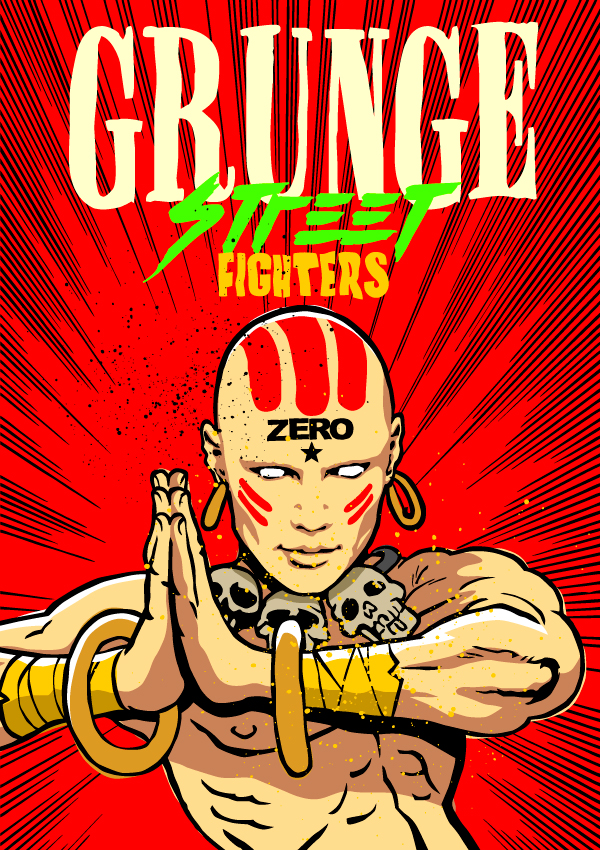 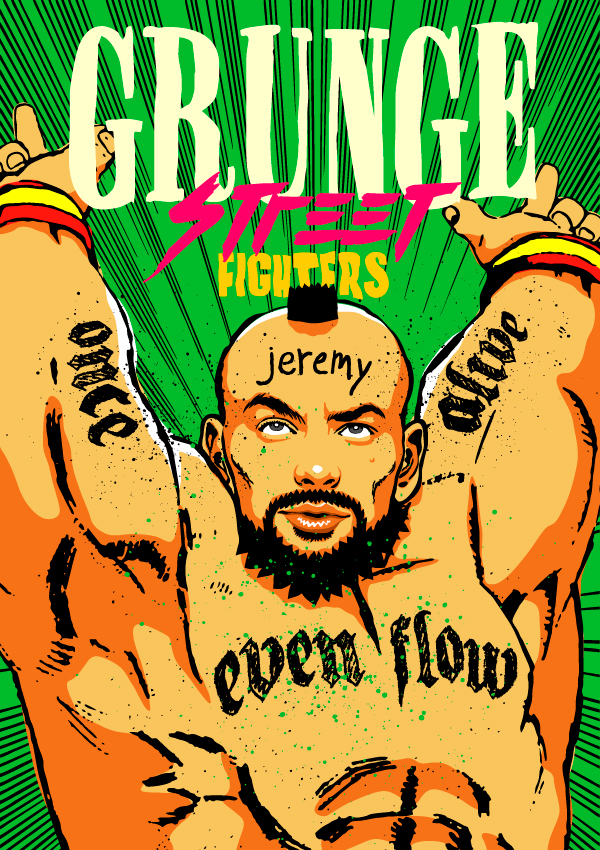