Earlier in October, street artist Banksy set up an anonymous art booth in New York City’s Central Park and sold original works for $60. Only a handful of works were sold during the daylong sale. In response to Banksy’s stunt, a trio of New York City artists recently replicated the art booth sale, in the same location and with copies of the same art. Despite the signs reading “Fake Banksy” and the “Certificate of Inauthenticity” included with each piece, the fake booth sold out in less than an hour. The fake Banksy installation was orchestrated by artists Dave Cicirelli, Lance Pilgrim, Michael Pilgrim, and filmmaker George Gross. 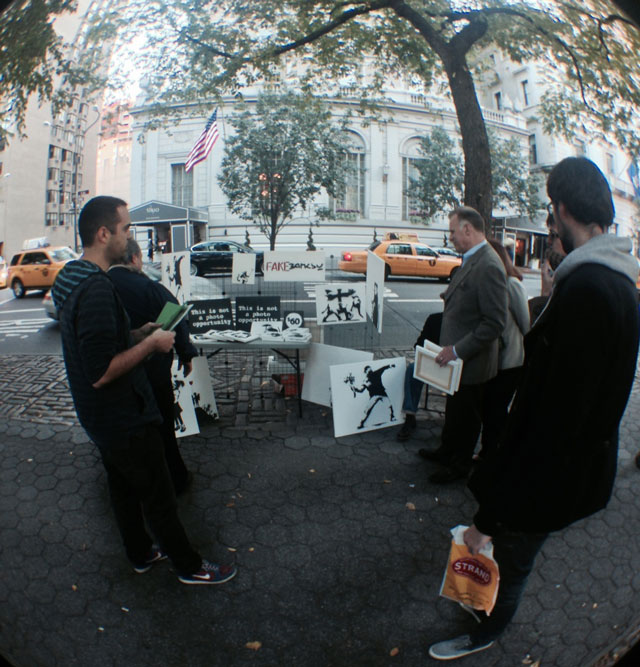 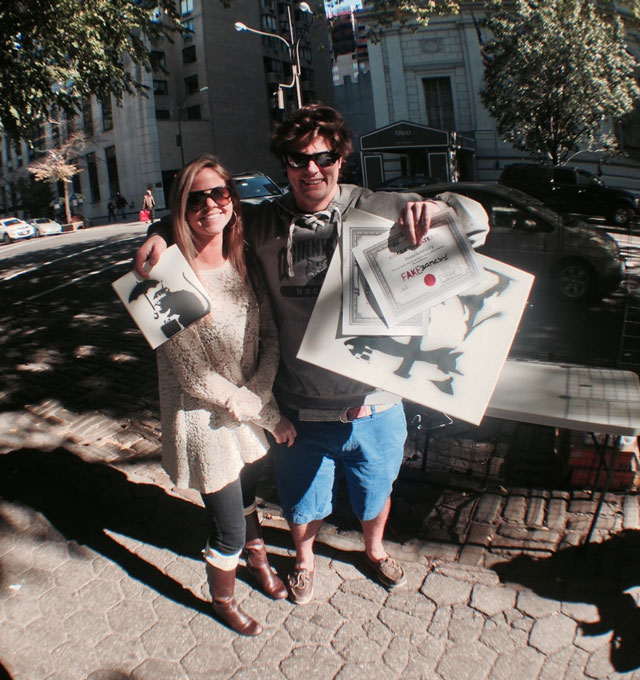