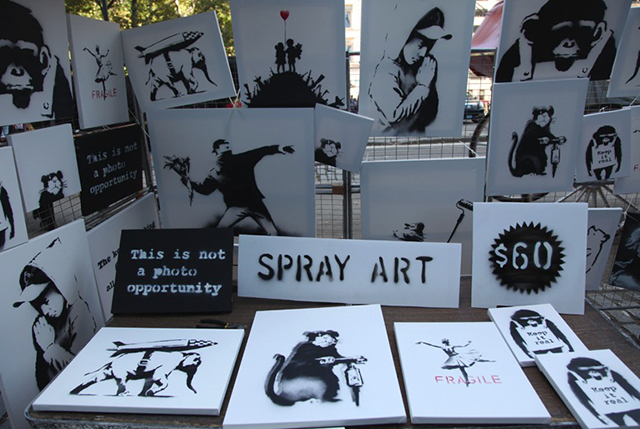 Elusive street artist Bansky is currently creating art around New York City for his month-long “Better Out than In” street show. As a sneaky stunt, Banksy set up a booth in Central Park over the weekend and had an elderly gentleman anonymously sell his original artwork for $60 each. Banksy pieces usually sell for hundreds of thousands of dollars.

He also captured footage of the sale from the early morning until evening to show off the small number of purchases. 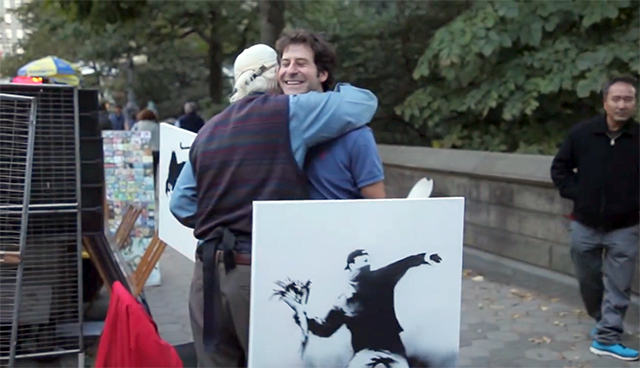