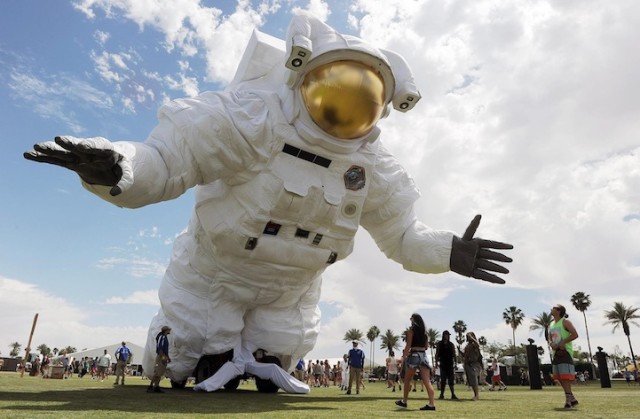 For the 2014 Coachella festival, art studio Poetic Kinetics has built a massive kinetic sculpture of an astronaut entitled “Escape Velocity.” Measuring 57 feet long and 36 feet tall, the sculpture can make life-like gestures with its hands while photos from festival attendees can be projected on the astronaut’s helmet visor and name tag. “Escape Velocity” will be on display at Coachella through April 20, 2014. 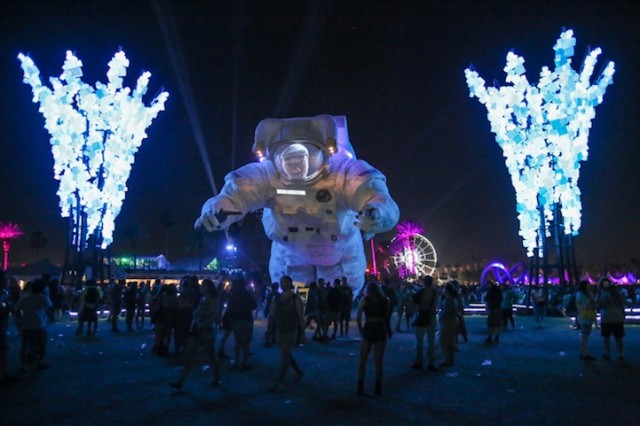 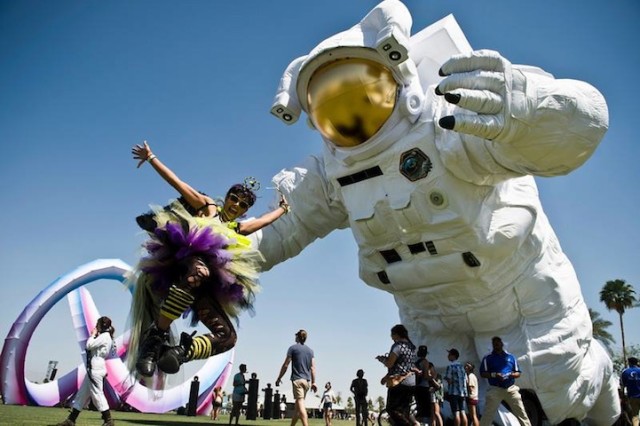