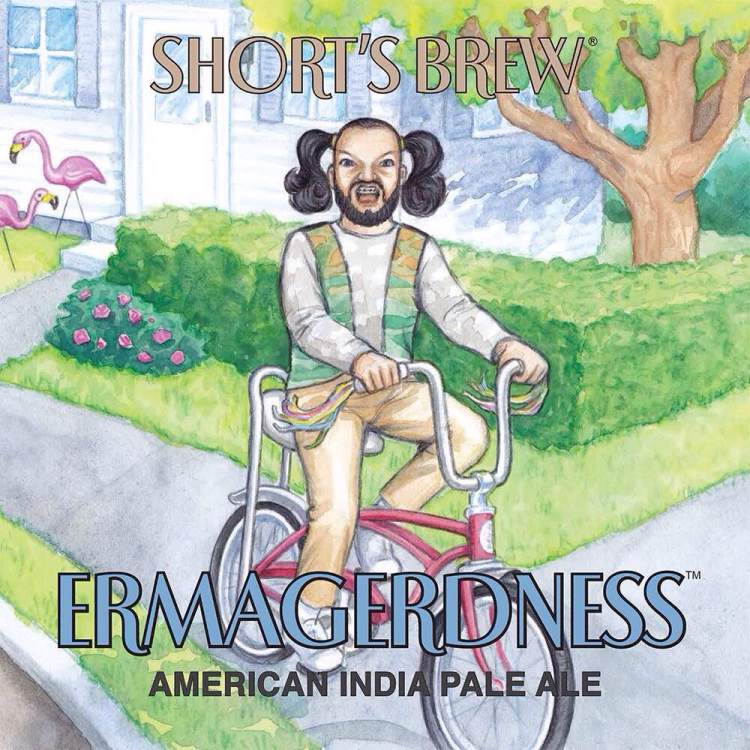 Ermagerdness is an American India Pale Ale by Short’s Brewing Company in Northern Michigan that derives its name from the “Ermahgerd” or “Gersberms” meme. The logo for the beer even includes a man with a similar hairstyle and facial expression as the young woman in the original photo.

Ermagerdness is a light bodied golden colored American India Pale Ale with zesty tangerine and pineapple aromatics. A simplified malt bill, along with some signature American hops, allows for an awesome burst of tropical fruit flavors up front. It then shifts toward an interesting herbal tasting bitterness, which builds and lingers on the back of the palate.