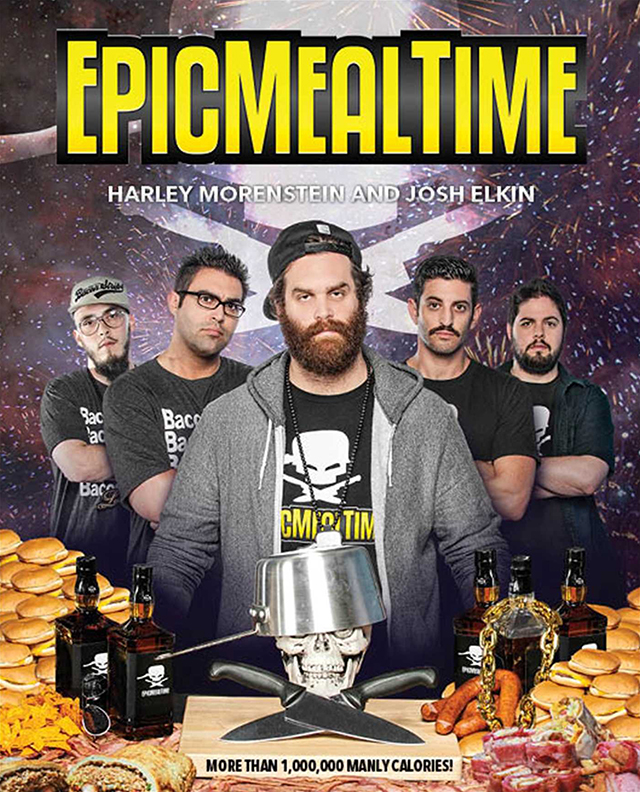 Ex­treme chefs Harley Morenstein, Josh Elkin and their cooking comrades from Epic Meal Time are releasing the Epic Meal Time Cookbook, a culinary guide filled with “artery-clogging” recipes. It is available to pre-order online from Amazon, iTunes, and Barnes & Noble. The cookbook is scheduled to be released on March 25th, 2014.

Do you find yourself craving pizza topped with deep-fried chicken nuggets and fries? Does a six-patty burger buried under a mound of bacon have your mouth-watering? How about a 5,800-calorie corn dog?