Argentina-based illustrator and animator, Santiago Grasso, created the gloomy award-winning animated short El Empleo (The Employment) which gives a whole new meaning to “working for the man”. In a world where humans are merely objects, Grasso carefully starkly illustrates this working man’s world. The film has won 75 international film awards since it was released in 2008. 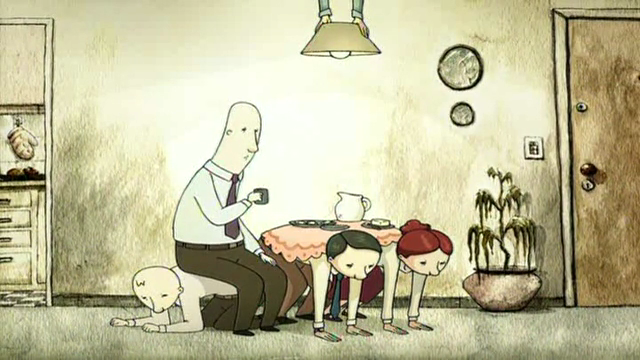