Created by four inventors from a Mors, a small island in Northern Denmark, the eCool is a hand-cranked beer cooler that resides largely underground, using the naturally cooling effects of soil to lower the temperature of the cans inside. When you want a beer, turn the handle on the electricity-free unit, until a can emerges on the conveyor belt from its subterranean chamber. Installing the cooler requires some landscaping tools and a bit of manual labor.

It’s advised to use a garden drill, but can be installed with a shovel as well, if you’re a real man. The earth cooler’s top is very well isolated and maintains about the same cooled temperature throughout the whole container.

The eCool also protects the 24 cans inside its chamber from frost during the colder months of the year. 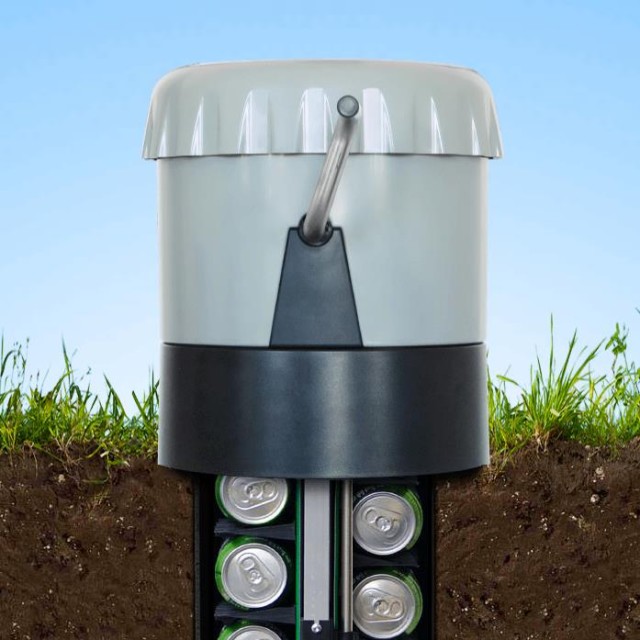 via Feber, The Awesomer