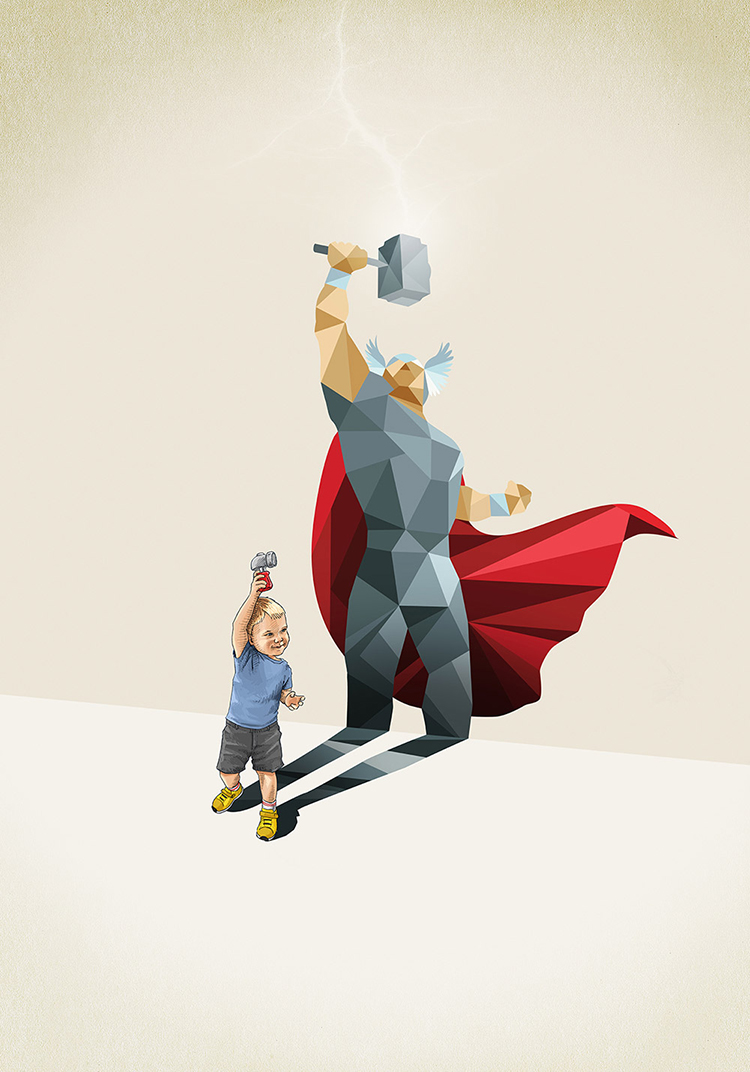 Curioos also conducted an interview with Ratliff that focuses on his Super Shadows project:

How did your shadows series get started? What was your first source of inspiration?

This series of “Super Shadows” comes after my original series “Walking Shadows”, which illustrates various peoples’, animals’, and objects’ shadows with an abstract, low-poly feel. The series first started after flipping through an old sketchbook of unfinished ideas. I came across an old drawing of an unassuming elderly woman. The only thing I had yet to draw was the shadow. The drawing was at least 5 or 6 years old. I remember not finishing it because I didn’t know where to take it. But after all that time, once I saw it again everything clicked. I instantly knew how I wanted to finish that one and I instantly knew what I was going to do for the next 3 pieces. It all grew from there. Unlike the first shadows, which explore everything from people to animals to objects, this new series of “Super Shadows” is wholeheartedly focused on the inherent power of a child’s potential and imagination. (read more) 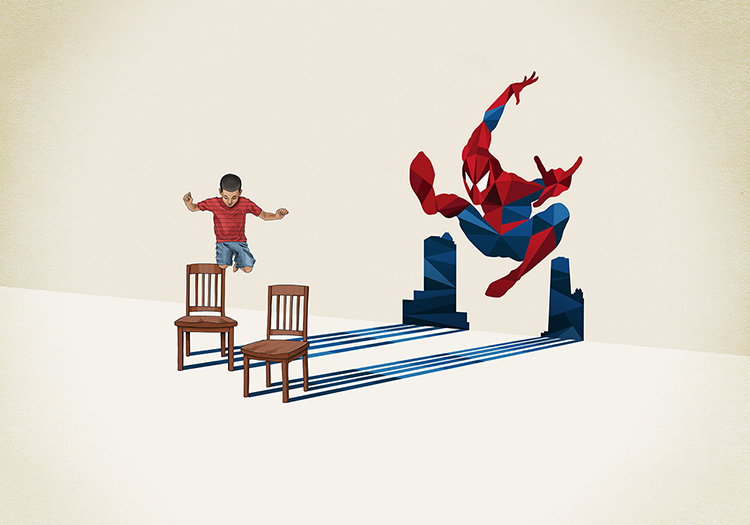 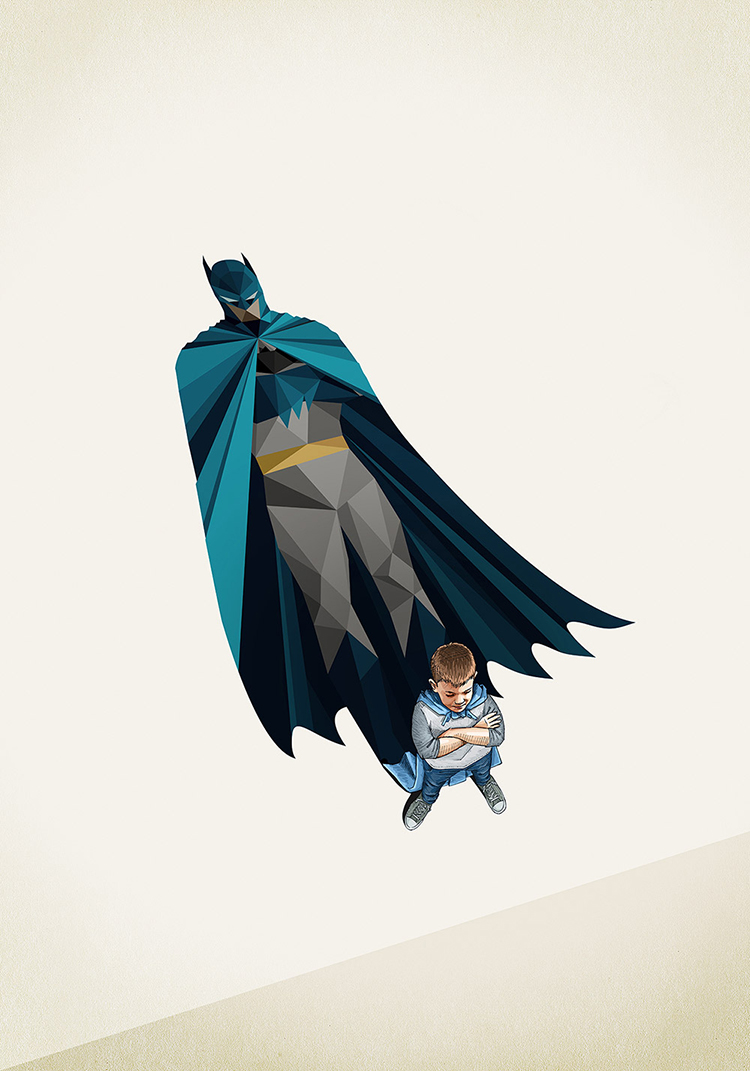 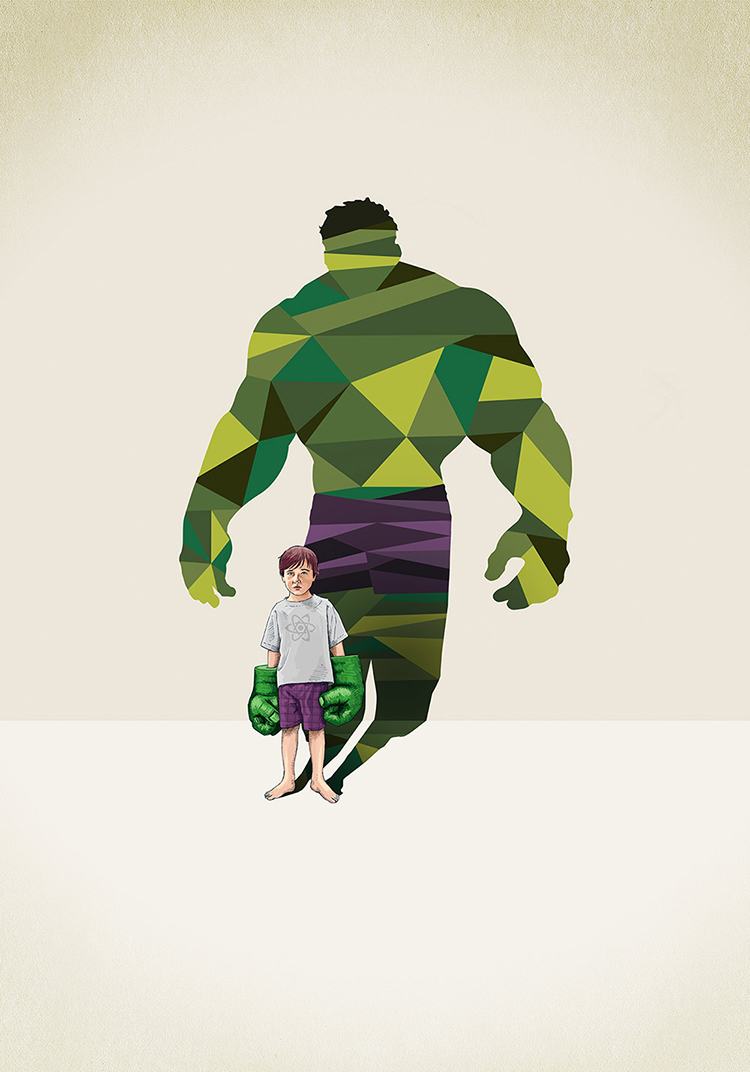 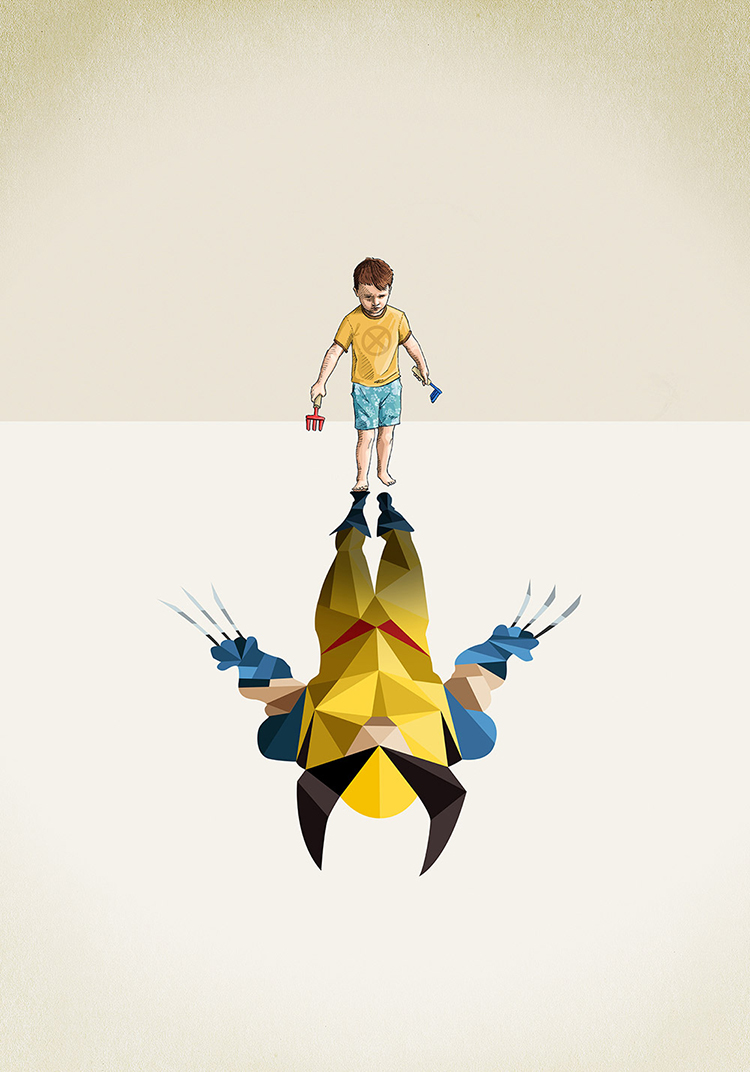 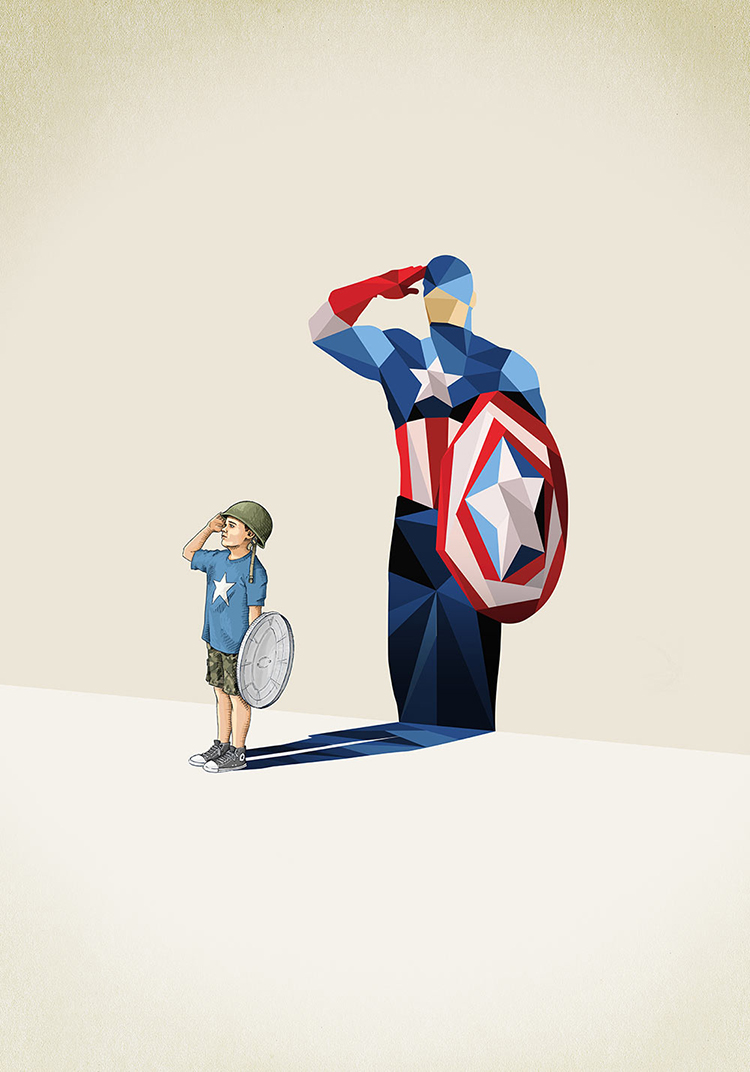