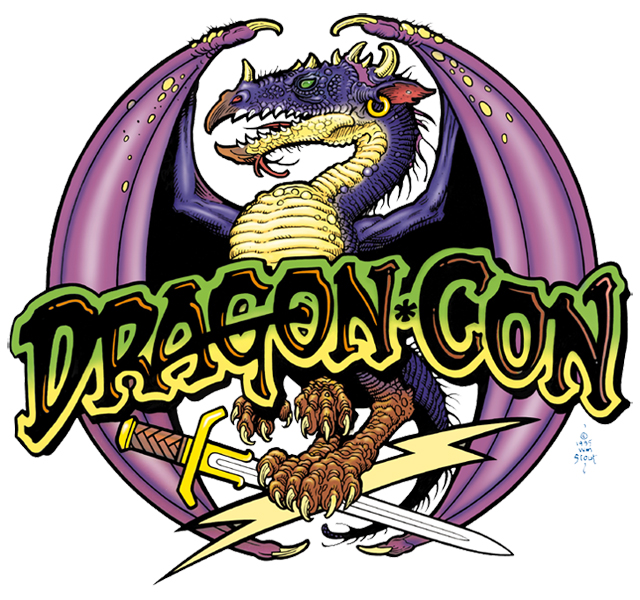 The 26th annual Dragon*Con, the largest multi-media, popular culture convention know to mankind, will be held from Friday August 31, 2012 to Monday September 3, 2012 at select host hotels in Atlanta, Georgia. A couple of great places to get information on what to expect this year, check out the official Dragon*Con featured events or the Countdown to Dragon*Con 2012 created by Geek Mom.

The ALS Association of Georgia, which is the official charity of Dragon*Con 2012, teamed up with the Atlanta Braves this year to help find a cure for Amyotrophic Lateral Sclerosis (ALS). A portion of every ticket sale during the convention, which are available online, will go towards helping the charity achieve their goal. 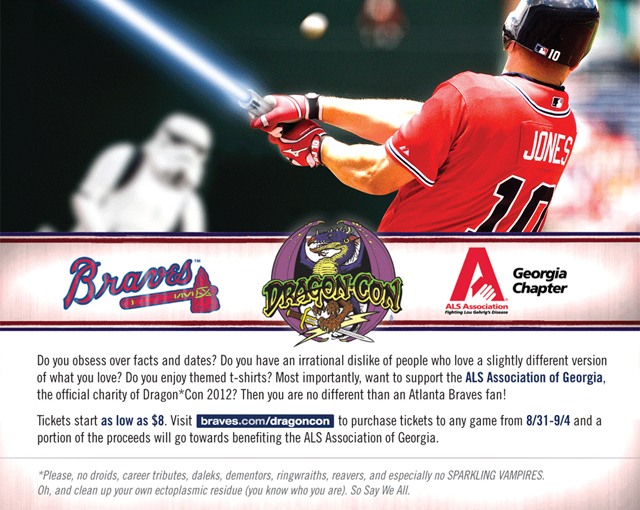