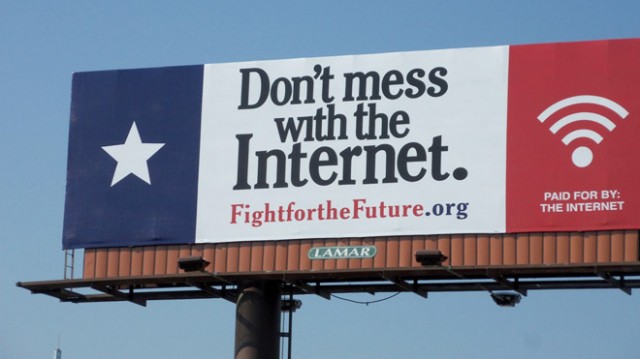 Two billboards that read “Don’t mess with the Internet” recently cropped up in Texas in the congressional district of Representative Lamar S. Smith, the sponsor of the defeated SOPA bill. Erik Martin of Reddit and Holmes Wilson of Fight for the Future conceived of the idea. The billboards were paid for by a Crowdtilt campaign in just two days. Billboard designer Breadpig is pre-selling “Don’t mess with the Internet” T-shirts. 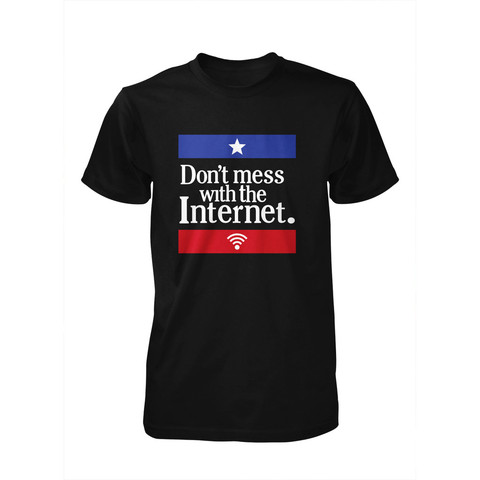 photo via Fight for the Future