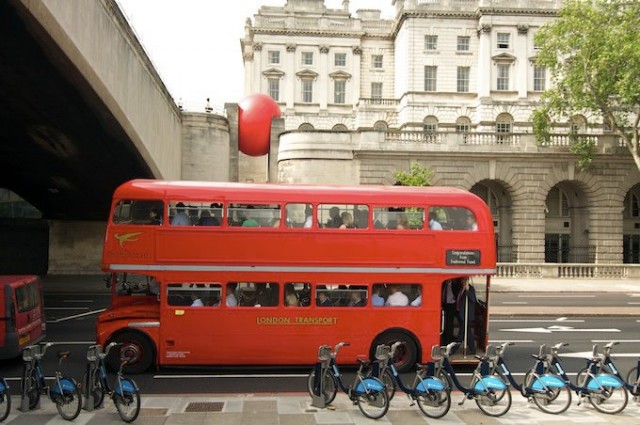 This short documentary by Danny Cooke follows Kurt Perschke’s interactive art piece, the RedBall Project, as it toured the UK in June. For more, see our April post on the RedBall project.

This summer, New York artist Kurt Perschke brought his celebrated art project RedBall to the UK. Co-produced by Torbay Council creativetorbay.com and The Dartington Hall Trust dartington.org , it arrived on the streets of the English Riviera in Torbay in June before touring to Plymouth, Exeter, Weymouth & Portland and London, finishing the tour at Dartington Hall and popping up in a total of 20 sites.

RedBall UK engaged thousands of people on its tour of alleyways, underpasses, high streets, town squares, heritage sites and bridge arches across the country. Alongside the tour the RedBall UK education project worked with hundreds of young people and staff in 5 schools to raise the aspirations and achievements of Year 6 pupils.