Jeff Highsmith built a pneumatic transport system — like tubes at the bank drive-through — for his children so they could deliver their teeth to the Tooth Fairy. The system uses a Shop-Vac and a series of PVC pipes controlled by a Raspberry Pi and a simple app. Highsmith explains and demonstrates the entire process with his son in Make Magazine’s “Making Fun” series.

When my older son discovered his first wiggly tooth, I realized that I had the chance to define the Tooth Fairy experience for another generation. As I pondered how the Tooth Fairy would collect our family’s teeth, it occurred to me that she has an awful lot of teeth to gather, especially considering the ever-rising world population. It seemed prudent to figure out a way to send the teeth to her for processing, rather than make her visit the homes of all 7,103,000,000 people on Earth. As such, I installed a pneumatic transport system (as at the bank drive-through) in my house, for the purpose of sending teeth to the Tooth Fairy, and receiving renumeration back from her. 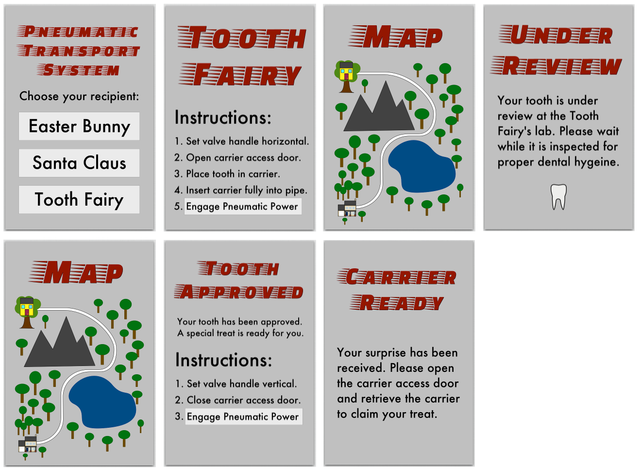 image and video via MAKE Magazine