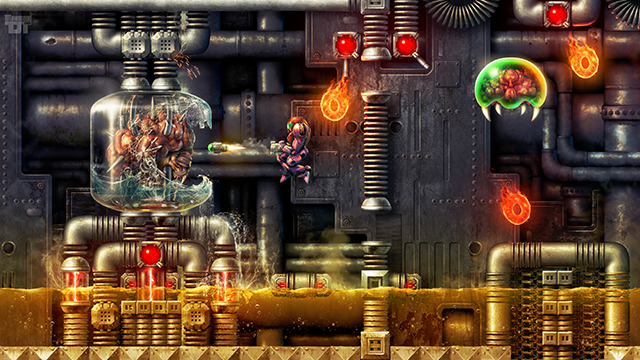 In order to give the screenshot a 16×9 aspect ratio this is not an actual screenshot from the game, but made up of several screenshots and sprite sets. Included in this scene is a metroid, which is not accurate to the game, but believable since there wouldn’t be a logical reason that one could not wander into Mother Brain’s room (And I really wanted to remake the metroid).