Design is One is a documentary about Lella and Massimo Vignelli, the prolific husband and wife design duo whose company, Vignelli Associates, has done wide-ranging design work for clients like American Airlines and IBM. The documentary was created by Kathy Brew and Roberto Guerra. The film’s theatrical release is October 11, 2013 at the IFC Center in New York City. Check here for more screenings.

Italian-born Lella and Massimo Vignelli are among the world’s most influential designers. Their achievements in industrial and product design, graphic and publication design, corporate identity programs, architectural graphics, and exhibition, interior, and furniture design have earned worldwide respect and numerous national and international awards for over 40 years, and they are considered among the world’s most important designers. 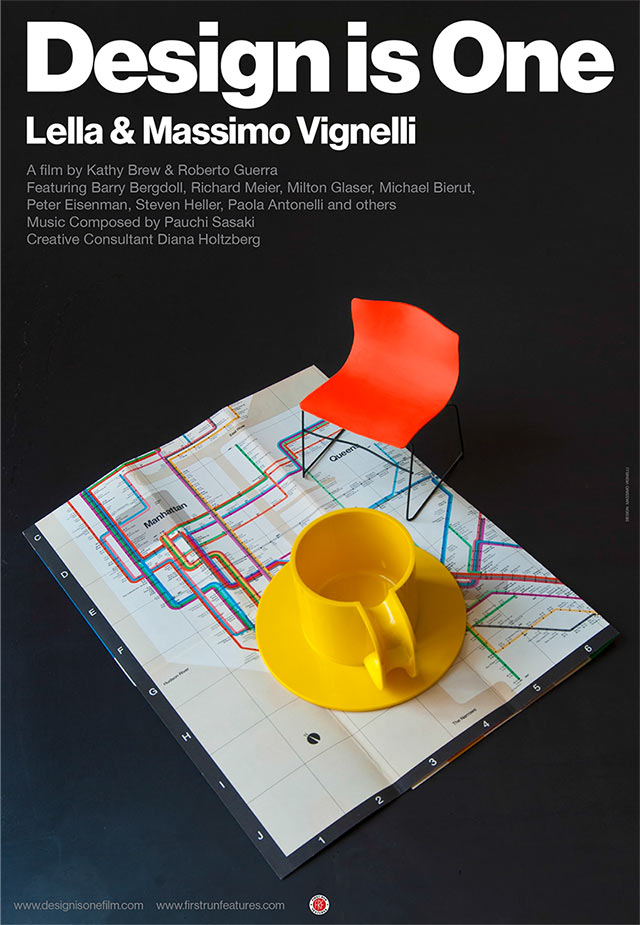