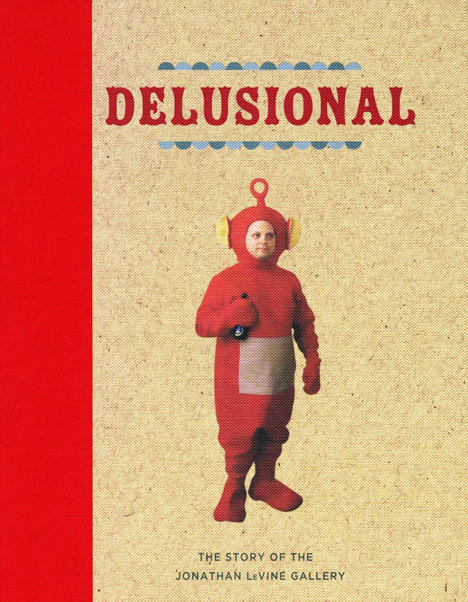 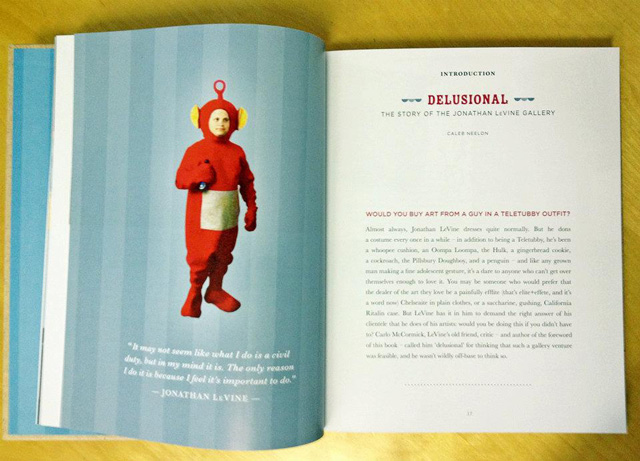 Widely revered as the “artists’ gallerist,” Jonathan LeVine has nourished a much needed alternative viewpoint within the stilted New York art market. In the pages of Delusional, readers will discover the fascinating backstory that brought this punk kid from Trenton, NJ, to the hallowed gallery walls of Chelsea. LeVine began his career in the arts publishing a fanzine in the 1980s and then curating shows at diverse venues in the 90s. By the turn of the millennium, LeVine had opened up Tin Man Alley, his own gallery located in New Hope, and then Philadelphia, Pennsylvania. Jonathan LeVine Gallery was officially launched in New York City in 2005. Since then, LeVine has brought his considerable talents to bear, focusing on work influenced by illustration, comic books, graffiti, street art and pop culture imagery.

Jonathan LeVine beatboxing and breakdancing in his teletubby costume, the first in a series of promotional videos for DELUSIONAL: The Story of the Jonathan LeVine Gallery published by Gingko Press, 2012.