For his latest stunt “Electrified,” magician and endurance artist David Blaine will spend 72 hours being shocked by an array of seven Tesla coils, each rated at 1 million volts (trailer). Blaine will be wearing a protective Faraday suit which will prevent him from being electrocuted. “Electrified” begins October 5 at Pier 54 in New York City and will be streamed live on YouTube. The performance is sponsored by Intel. 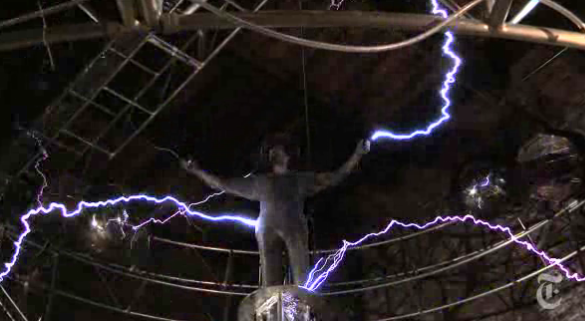 video via The Ultrabook Experience