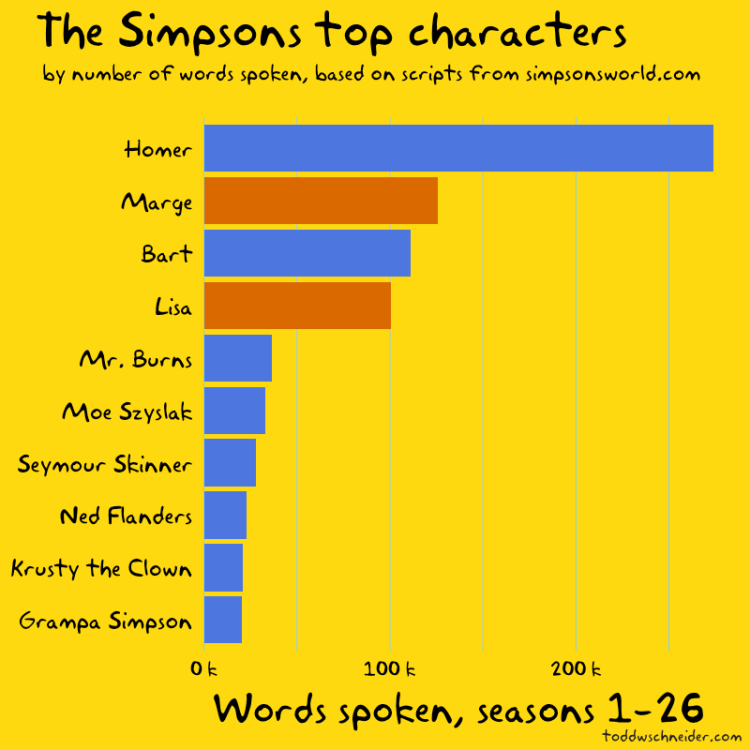 Software engineer Todd W. Schneider has provided some careful data analysis of 27 seasons of The Simpsons. Schneider used scripts taken from Simpsonsworld.com for his data to create graphics showing characters ranked by how often they speak, the show’s most popular location, and even the series’ ratings over the years compared to the industry.

The Simpsons needs no introduction. At 27 seasons and counting, it’s the longest-running scripted series in the history of American primetime television.

The show’s longevity, and the fact that it’s animated, provides a vast and relatively unchanging universe of characters to study. It’s easier for an animated show to scale to hundreds of recurring characters; without live-action actors to grow old or move on to other projects, the denizens of Springfield remain mostly unchanged from year to year. 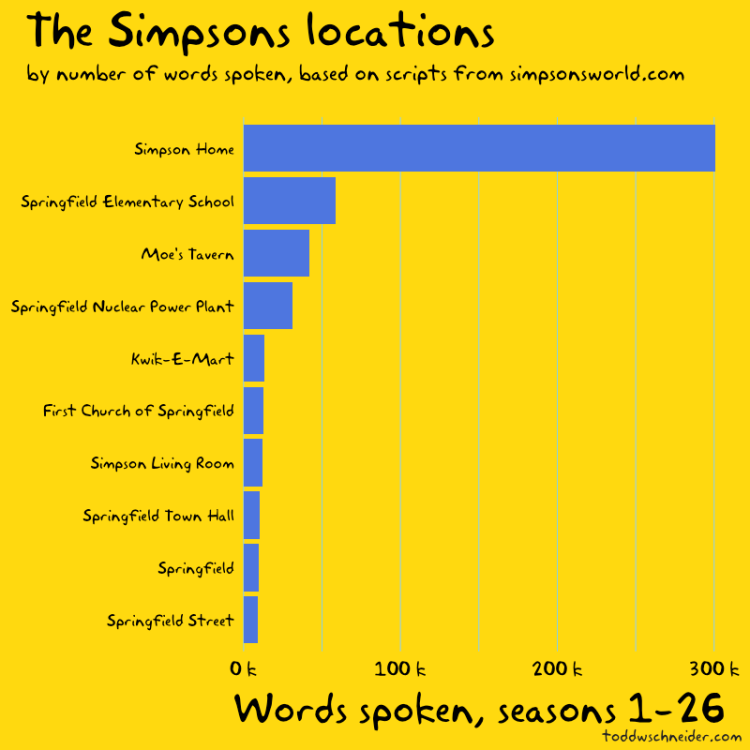