Laughing Squid reader Sara O was inspired by our post on Nathan Stodola, the New York City accordionist who dons a Boba Fett helmet, and submitted this footage of a street busker from Victoria, British Columbia who dresses as Darth Vader and plays The Imperial March on the violin.

Musician Randy McKenna costumes up as the violin-playing Darth Fiddler and is so popular that he has inspired his own “Busk Stop” sponsored by the Downtown Victoria Business Association. He was also featured in a humorous Skit For Brains comedy sketch titled Darth Vader vs. Mike. 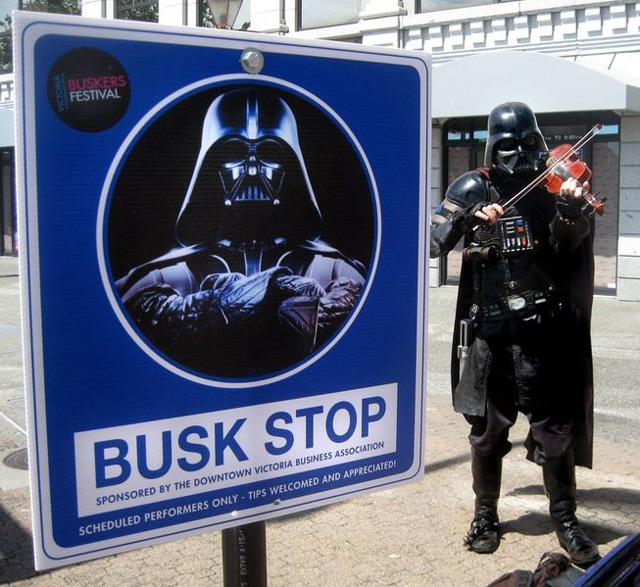 Thanks to Sara O for the tip!