Craigslist Joe is a documentary film produced by Zach Galifianakis that follows filmmaker Joseph Garner for 31 days & nights as he tries to find everything he needs off of Craigslist. Here’s the official trailer. It opens in theaters on August 2, 2012.

In a time when America’s economy and sense of community were crumbling, one guy left everything behind–to see if he could survive solely on the support of the 21st century’s new town square: Craigslist. It was in this climate that 29-year-old Joseph Garner cut himself off from everyone he knew and everything he owned, to embark on a bold adventure. Armed with only a laptop, cell phone, toothbrush, and the clothes on his back–alongside the hope that community was not gone but just had shifted–Joseph began his journey. For 31 December days and nights, everything in his life would come from the Craigslist website. From transportation to food, from shelter to companionship, Joe would depend on the generosity of people who had never seen him and whose sole connection to him was a giant virtual swap meet. Would America help Joe? Could he survive with nothing, apart from the goodwill of others? 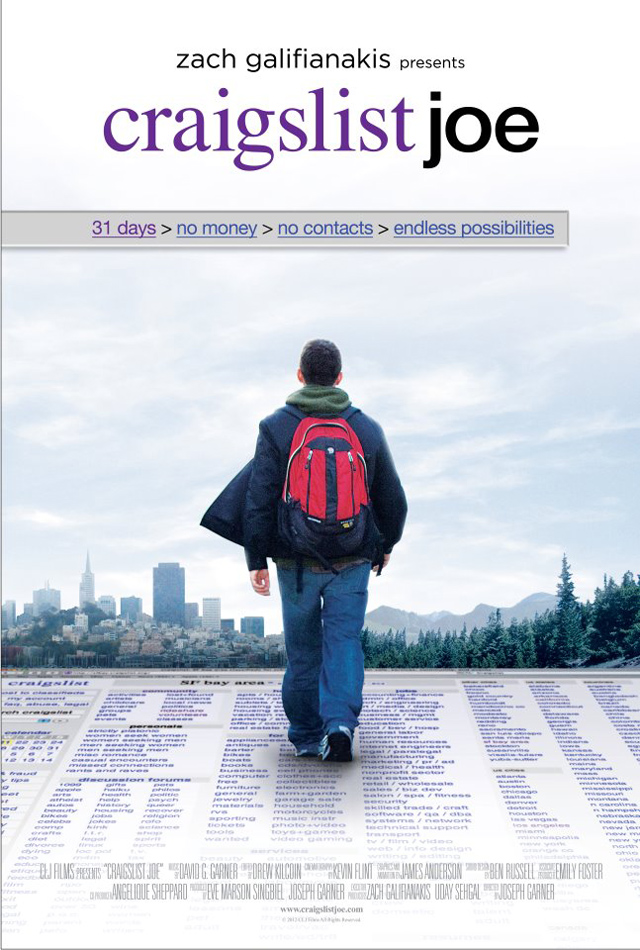