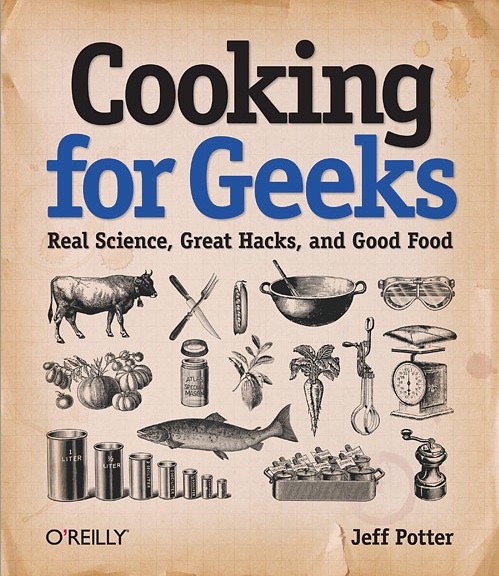 O’Reilly Media has just published “Cooking for Geeks” by Jeff Potter, “a compendium of food science, experiments, interviews, and recipes for the creative and analytically-minded geek—or anyone who wants to learn more about cooking.”

Are you interested in the science behind what happens to the food in your kitchen? Do you want to learn what makes a recipe work so you can improvise instead of simply following a set of instructions? More than just a cookbook, Cooking for Geeks applies your curiosity to discovery, inspiration, and invention in the kitchen. It’s an excellent and intriguing resource for anyone who wants to experiment with cooking, even if you don’t consider yourself a geek.

Quinn Norton did a Gizmodo write-up on Jeff’s “Cooking for Geeks” talk last weekend at The Next Hope.

Also a photo I shot of Windell Oskay and Lenore Edman of Evil Mad Scientist Laboratories at Foo Camp 2009 is featured in the book. EMSL has done quite a bit of experimentation with food over the years.