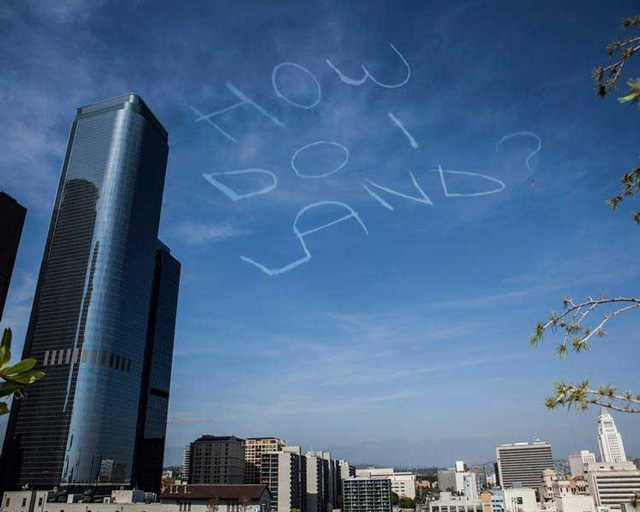 Los Angeles-based comedian Kurt Braunohler crowdsourced funds on Kickstarter to “hire a man in a plane to write stupid things with clouds in the sky.” On March 23rd, a professional skywriter wrote out the words “How Do I Land?” in the skies above Los Angeles. He says about the project, “Skywriting is crazy. We’re forcing clouds to say things. That’s inherently funny. How great would it be to look up one day and there’s a message in the sky, for no other reason other than itself. It’s not trying to sell you anything, it’s not trying to tell you something. It’s just there.”