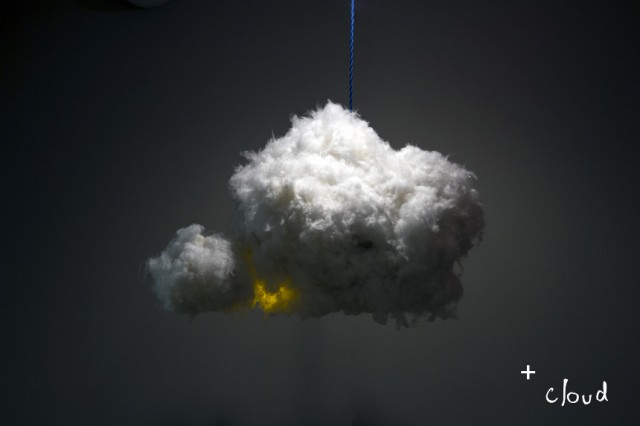 “Cloud” is an interactive sculpture that lights up and rumbles with simulated thunder and lightning (video). Motion sensors on the Arduino-controlled sculpture trigger the lightning displays accompanied by sounds of thunder played on an internal speaker. “Cloud” can also be triggered by music, allowing it to serve as a unique music visualizer. The sculpture was created by Richard Clarkson, a student at the School of Visual Arts in New York City.

images and video by Richard Clarkson