Chef Eduardo Garcia lost his left hand after being electrocuted in a hunting accident in 2011, but has since gotten a Bluetooth-activated bionic hand. Though he’s still getting used to its 25 different functions, Garcia says the prosthetic comes with a few benefits to his trade — he can now pick up hot things without getting burned, and doesn’t have to worry about accidentally slicing his fingers. In a live cooking segment on Good Morning America, Garcia talked about his experience and made some French toast. 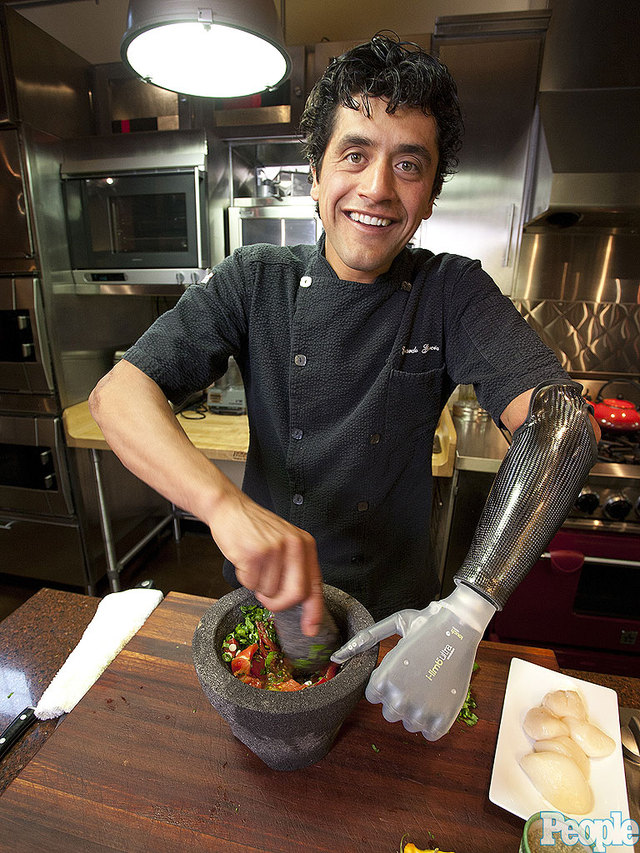 Here’s another segment about Garcia by CNN:

photo by Andrew Geiger via People, video via SuperNovaPlus

via People, The Braiser, Gothamist