A National Geographic film crew captured stunning slow motion footage of cheetahs running in excess of 60 MPH using a Phantom high speed camera filming at 1200 frames per second. The camera was mounted to a high speed track, and a rotating cast of five cats were coaxed in to sprinting alongside the camera with the help of a furry lure (making of video). Produced in collaboration with the Cincinnati Zoo, the film is a companion piece to the National Geographic article “Cheetahs on the Edge.” For more on the conservation of cheetahs and other big cats, check out the National Geographic Big Cats Initiative. 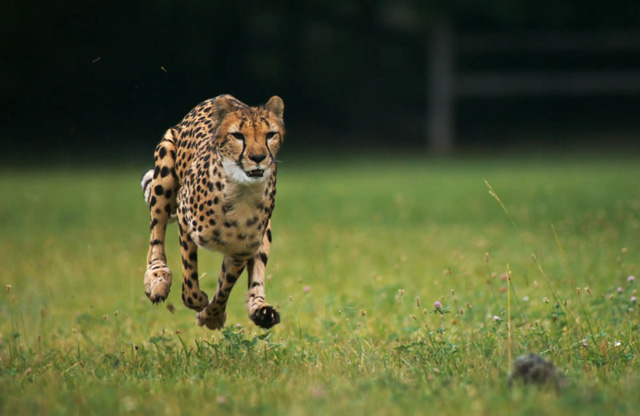