New York artist Ray Sumser is putting the finishing touches on his amazing Characternity illustration that contains over 2,500 cartoon, comic book, video game and other pop culture characters. Being a lifelong fan of cartoon and comic books, Ray has created a visual inventory from his animated culture. References range from the Simpsons to Star Wars, Astro Boy to Archie, Mickey to Mario and everything in between. To produce prints, he is collecting final character suggestions and funds on Kickstarter until Sunday, September 16, 2012. Suggest a character and get a print!

From a very early age, I wanted to bring characters from unrelated stories together. In the past five years my work has revolved around fantastic landscapes where characters from our most beloved stories coexist, compete and collaborate.

I approached this concept in previous works, the Comicosm (2009) and the Cartoonuum (2011). I completed these in my traditional medium of paint, but have found that the concept called for a practice more innate to the subject. I have put aside my brushes in service the original idea.

You can click on the image above to zoom in and identify each of the characters that Ray has completed thus far. The well-known Where’s Waldo character is even hiding out in the crowd and waiting to be found. 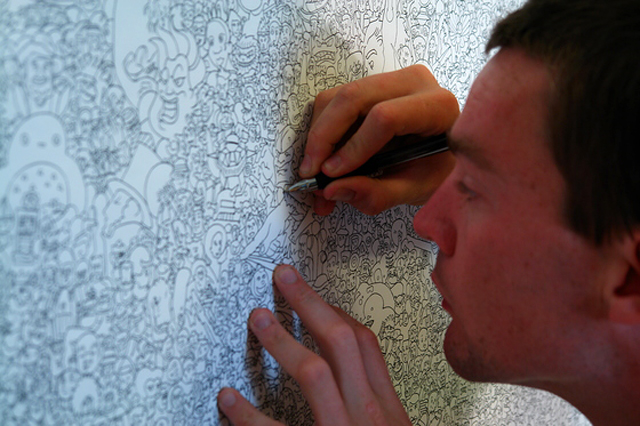 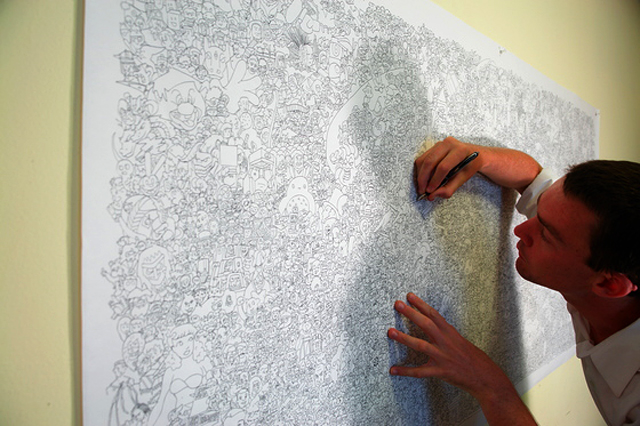 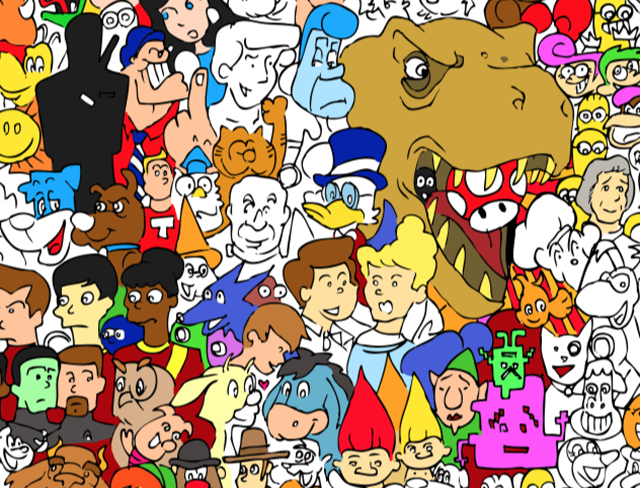 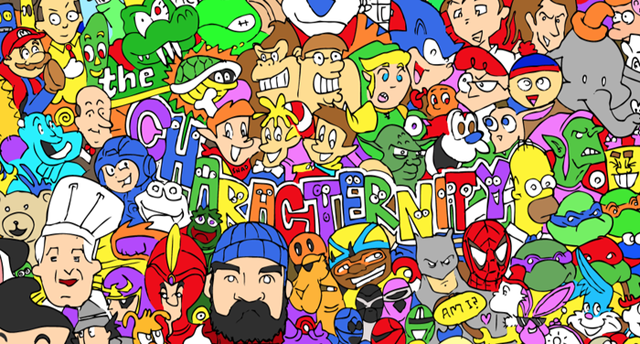 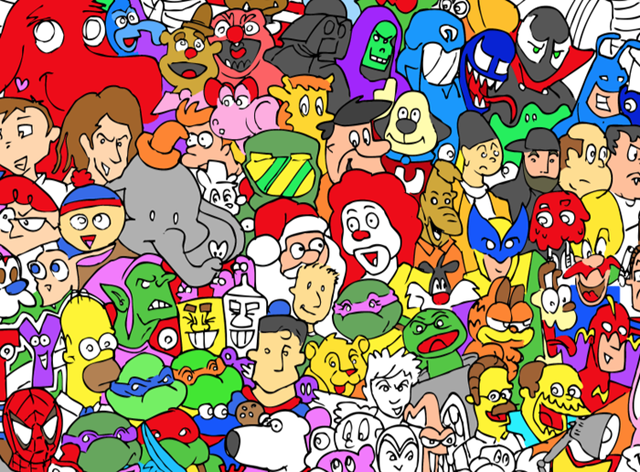 all artwork by Ray Sumser