“The Meat Planet” is a bizarre parody of the Carl Sagan television series Cosmos, in which Sagan appears to describe a planet made of delicious meat. The parody episode was created by UK-based humorists Darren Cullen & Mark Tolson, and is accompanied by an equally bizarre website of meat planet facts. 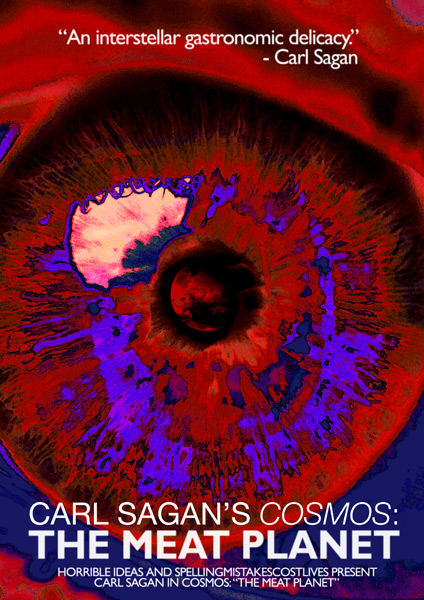