Can We Take a Joke? is a new documentary by director Ted Balaker that explores the intersection of comedy, free speech, and outrage. The film features interviews with outspoken comedians and performers like Gilbert Gottfried, Penn Jillette, Lisa Lampanelli, Adam Carolla, and many more.

In the age of social media, nearly every day brings a new eruption of outrage. While people have always found something to be offended by, their ability to organize a groundswell of opposition to—and public censure of—their offender has never been more powerful. Today we’re all one clumsy joke away from public ruin. Can We Take A Joke? offers a thought-provoking and wry exploration of outrage culture through the lens of stand-up comedy, with notables like Gilbert Gottfried, Penn Jillette, Lisa Lampanelli, and Adam Carolla detailing its stifling impact on comedy and the exchange of ideas. What will future will be like if we can’t learn how to take a joke? 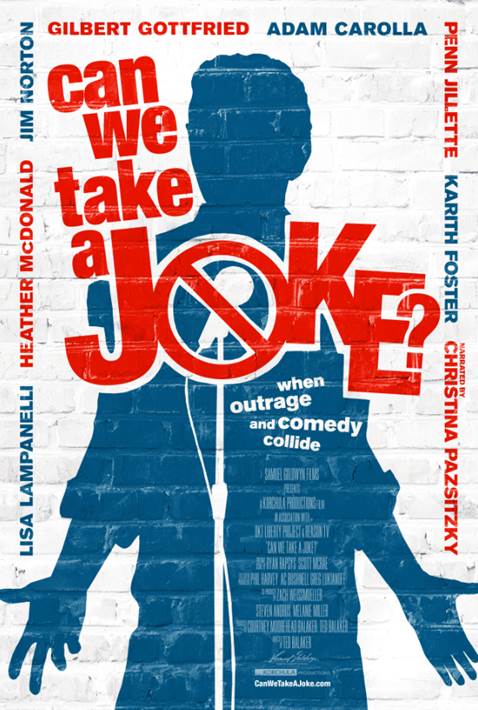